People should now be offered a choice of COVID-19 vaccine, feel experts 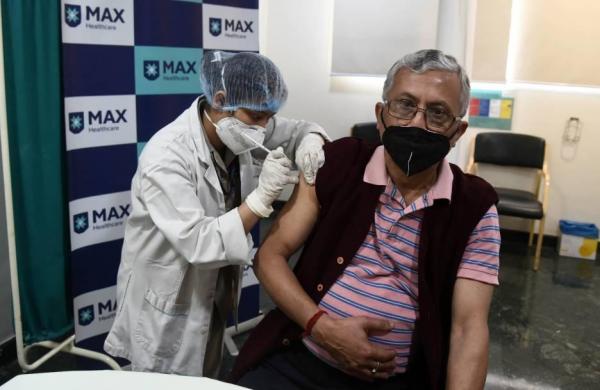 Express News Service
BENGALURU: With Bharat Biotech, the maker of India’s indigenous vaccine Covaxin, announcing its interim Phase-3 trial data on Wednesday, experts and the scientific community who have been eagerly waiting for the publication of the data, now say that the government should consider giving a choice to people between the two available vaccines — Covishield and Covaxin.

“In any ideal situation, the government should give a choice of vaccination and vaccine. Now, the company is saying the vaccine has 81 per cent efficacy. We are waiting for the data to come out in public domain,” said Head and Neck Oncologist Dr Vishal Rao, who had written to the Health Ministry after emergency use approvals were given for both Covishield and Covaxin.

Interestingly, virologists and health experts claim that they would prefer taking Covaxin over Covishield for various scientific reasons.

While the Union Health Ministry has clarified recently that no AEFI (adverse events following immunisation) deaths had occurred due to the vaccines, it may be noted that of those who died in many states after being administered the vaccine were given Covishield.

Also, the data released by the Health Ministry in mid-Febraury showed that the proportion of AEFIs by Covishield has exceeded that for Covaxin.

A senior virologist, on condition of anonymity, said, “While most of the ministers took Covaxin and it was made to look like an attempt to rapidly scale up the vaccination campaign while showing that Covaxin is safe, I am sure there would be hundreds of scientific minds who have advised the PM to take the vaccine with an inactivated virus.”

Covaxin is based on an inactivated whole SARS-CoV-2 virion, an old platform that is also used to make polio vaccines.

Inactivated vaccines do not replicate and are therefore unlikely to revert and cause pathological effects.

They contain dead virus — incapable of infecting people, but still able to instruct the immune system to mount a defensive reaction against an infection.

Covishield, which has 62 per cent efficacy, is based on the viral vector platform.

A chimpanzee adenovirus, called ChAdOx1, is the vector that has been modified to carry the coronavirus spike protein into human cells.

While the injected cold virus is harmless, it serves as an instruction manual for the body on how to fight against similar viruses. This platform is used for infections like Ebola.

“Virologists believe that Covaxin covers more strains of mutants. I would say that this also would add to Covaxin’s advantage,” says Dr Vishal Rao.

However, scientists, including Dr Rao, say they would still want to wait and watch and study the Phase-3 results.

While the Central Government is said to be sending doses of Covaxin from mid-March to all states, Karnataka has reportedly received 3,56,340 doses of Covaxin, of which just 8,468 (2.3%) have been used so far. It is Covishield that is being administered in the third phase of vaccination in Karnataka.