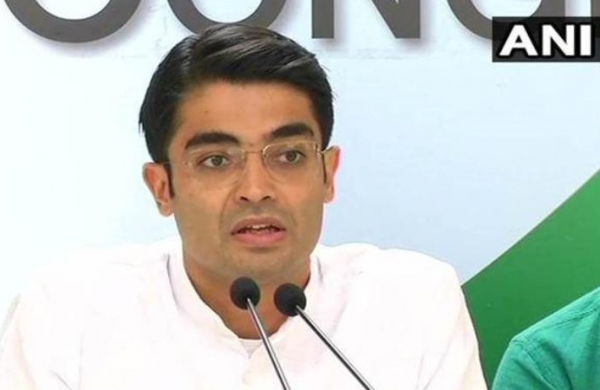 By ANI
NEW DELHI: Taking a jibe at Trinamool Congress and Bharatiya Janata Party ahead of assembly polls in West Bengal, Congress leader and star campaigner of Congress Jaiveer Shergill on Sunday said that ‘jhol hobe’ corruption will certainly happen whether BJP comes or TMC returns to power.

“Mamta Banerjee says ‘Khela hobe’ (Game on), while Prime Minister Narendra Modi says ‘Khela Shesh’ (the game is not over), but we say if BJP or TMC will come to power then only “Jhol Hobe”. People of Bengal want a change and therefore they will vote for the Congress-left alliance and then ‘vikas hobe’ (development will happen),” he said referring that the Congress party is fighting the election on the issue of development.

Speaking to ANI about Congress’ agenda for the campaign in West Bengal, Shergill told ANI that people of Bengal are paying a heavy price for the political violence in the state.

“BJP and TMC are doing politics; playing tug of war or engaged in mud-slinging politics. Congress’ main plan for Bengal is providing ‘Rojgar and Karobar’ (Jobs and Businesses), Congress is solely focused on bringing the wave of development, employment, and rural progress,” Shergill said.

He said that today people of West Bengal are only seeing blots being created by BJP and TMC, but the only thing which Congress wants people to see is the spot of prosperity and development.

West Bengal is likely to witness a triangular contest this time with TMC, Congress-Left alliance and the BJP in the fray. Congress is fighting the polls alliance with Left parties, and it will contest on 92 seats in the state. In the last assembly elections, Congress won 45 seats and claimed the berth of Leader of Opposition in the assembly.

However, in the recent polls for Lok Sabha, the party managed to secure only two out of 42 seats in the state while BJP won 18 seats and secured the second position in West Bengal.