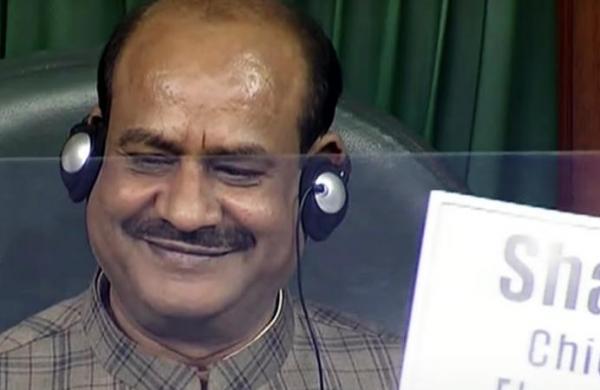 By PTI
NEW DELHI: Lok Sabha on Wednesday witnessed unruly scenes when some Congress members threw papers and torn placards at the Chair and Treasury benches.

Amid protest by opposition members over the Pegasus spying row and farmers’ issue, the House was adjourned thrice with the first adjournment around 12:10 pm till 12.30 and again till 2 PM and for the third time till 2:30 pm.

Opposition members trooped into the Well of the House, raising slogans and holding placards against the government over the Pegasus and farmers’ issues.

Speaker Om Birla continued with the Question Hour despite disruptions.

This was for the first time that Lok Sabha completed the Question Hour in the Monsoon session which began on July 19.

The House has witnessed repeated disruptions and adjournments since the beginning of the session.

As members from the Congress, Trinamool Congress and other parties continued with the sloganeering, Birla was seen going through a book on House procedures. Soon after the Question Hour ended, Speaker Birla left the House and Rajendra Agrawal took over.

When papers were being laid, Congress members Gurjeet Aujala, TN Prathapan, Hibi Eden and some others threw business papers of the day, some torn papers as well as placards at the Chair. A piece of the torn placard landed in the press gallery just above the Speaker’s podium.

However, Agrawal continued with the proceedings. The members repeatedly threw papers at the Chair and later towards the Treasury benches.

One of the papers landed near the seat of Parliamentary Affairs Minister Pralhad Joshi.

As the protests continued, the House was again adjourned till 2:30 pm.