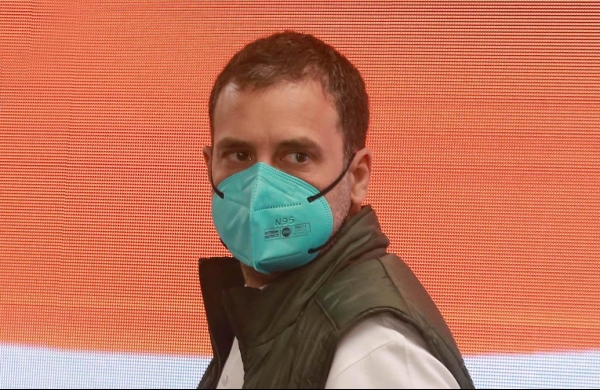 By PTI
NEW DELHI: Ahead of the nationwide ‘chakka jam’ called by the farmer unions protesting the Centre’s new agri laws, Congress leader Rahul Gandhi on Saturday said the peaceful ‘satyagraha’ of the ‘annadatas’ is in national interest as the farm laws are “harmful” for the country.

Farmer unions had on Monday announced a countrywide ‘chakka jam’ on February 6 during which they would block national and state highways between 12 noon and 3 pm to protest the internet ban in areas near their agitation sites, harassment allegedly meted out to them by authorities, and other issues.

“The peaceful satyagraha of annadatas is in national interest — these three laws are not just harmful for farmers-labourers, but also for the people and the country. Full support!” Gandhi said in a tweet in Hindi.

Congress general secretary Priyanka Gandhi Vadra also slammed the government over the farmers issue by posting on Twitter a picture of the multi-layered barricading at one of the farmer protest sites.

“Why do you scare by the wall of fear?” she tweeted along with the picture.

The Congress had on Friday extended support to the countrywide ‘chakka jam’ called by the farmer unions, saying party workers will stand shoulder to shoulder with farmers in their protest.

Earlier in the day, Gandhi attacked the government over a media report that post-budget there had been a rise in prices of petrol-diesel and LPG gas cylinder, saying that the Modi government has disrupted the budget of both the country and of homes.