Pauni Pasari: The magic of the hands of artisans of Chhattisgarh will be seen again 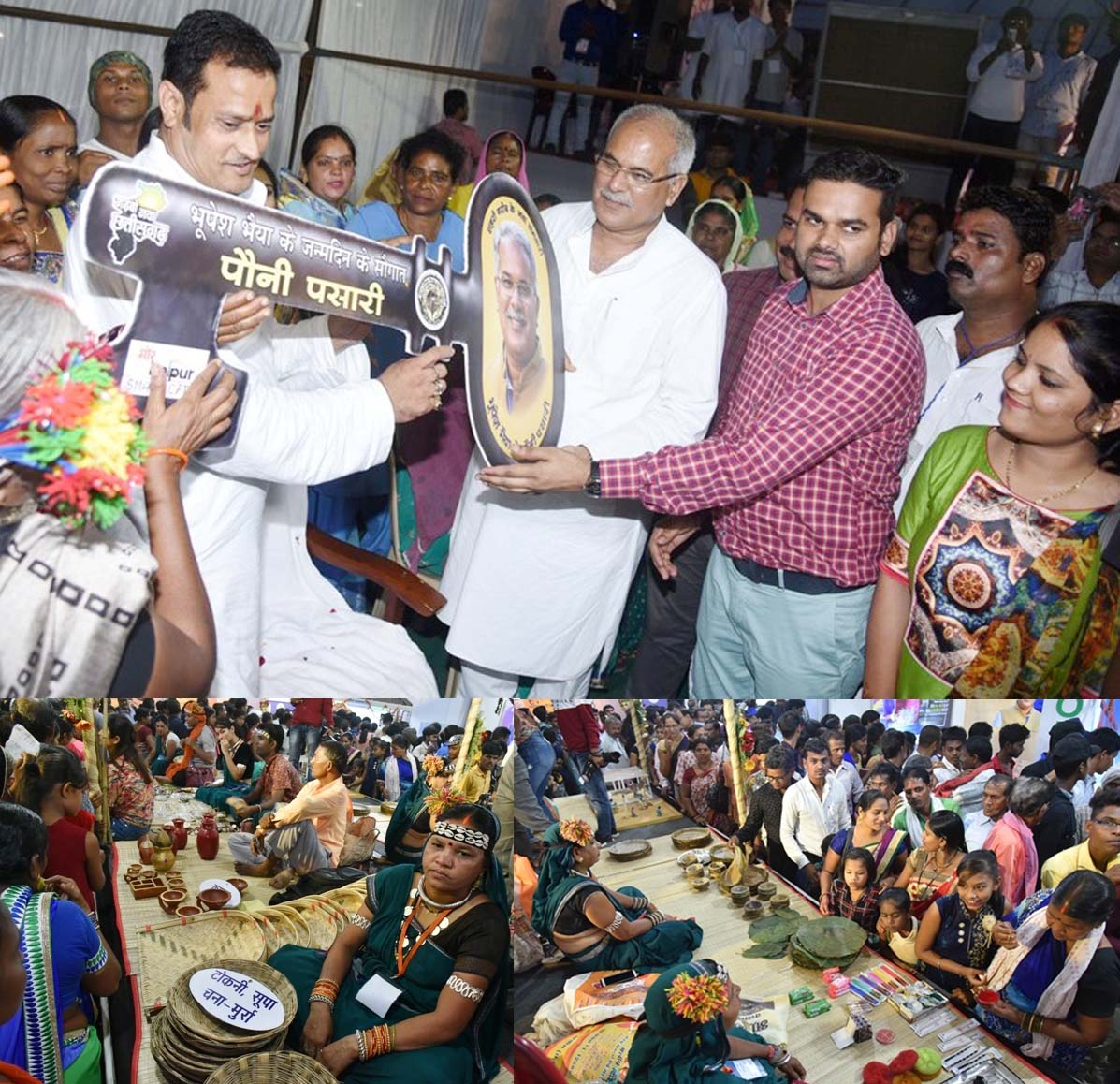 25 November 2020 / These days, the market is full of machines, toys, crafts, paintings, but we can never forget the people who show the magic of hands in the manufacture of these items. Their life was easy till a few years ago, due to increasing technological interference in every sector, they have killed them financially. The new government has launched the Pauni Pasari scheme to bring these families serving among the people of the society for years on the path of economic progress again.
With modernity, the Pauni Pasari system prevalent in Chhattisgarh was disappearing. Earlier it was ingrained in our culture. Since ancient times, it has been the means of employment of people associated with traditional works. It has special importance in urban and rural life. Even though we have forgotten them in the race of modernity, their utility is still there today.
Pottery, washing of clothes, making footwear, wood related work, fodder for animals, vegetable-vegetable production, clothing weaving, sewing, blanket, making sculptures, flower business, urban and rural life of the state The business of worshiping materials, bamboo baskets, soup, haircutting, donna-leaf, mat-making and jewelery and beauty items etc. are recognized as “pauni-pasari” business.
In the Pauni Pasari Yojana, a shed is being provided for their business in the urban bodies to make the traditional Dhobi, potters carpenter blacksmith communities on par with the path of progress, doing business in cities. This scheme is being implemented in 168 urban bodies including 14 municipal corporations of the state. 73 crore rupees have been sanctioned to the people of these sections for construction of workshops and platforms.
In view of the poor financial condition of the people doing business in the cities traditionally, this initiative of the state government has been openly welcomed by the people associated with these works. This initiative of the state government has instilled confidence in the government among the poor and people belonging to the lower strata. These people say that the poor have got relief from this type of system. The plan is to remove poverty and unemployment.
Special efforts are being made by the state government to strengthen the economy in the state. Arrangements have also been made for the skill development of these sections of people who traditionally serve the society. Apart from increasing their efficiency, they are also being given state-of-the-art machines according to their works. Training has been arranged for potteries to be vigorously chalk or glazing polished in decorative items of clay. Arrangements for financial assistance and training have also been made to the people doing small business in the state through the livelihood mission.