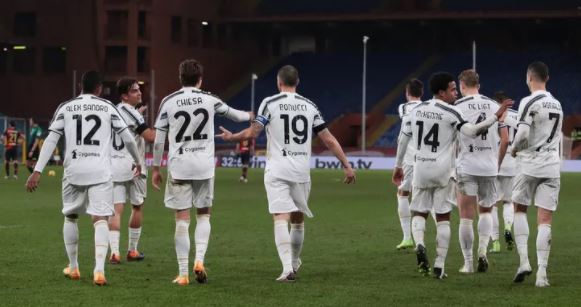 The parked bus has been Juventus’ Achilles heel this season, as the Bianconeri repeatedly failed to break down a team that elects to set and organize their defense in front of them. This has been especially difficult for them on the road, where Juve had only won once, against top flight newcomers Spezia — and even that was a bit more of a slog than the 4-1 scoreline suggested.

On the back of their biggest win of the season at Barcelona, it was hoped that Juve would carry that momentum on into the Stadio Luigi Ferraris against a Genoa team that has completely faceplanted since a season-opening win against Crotone. Now in 19th, the Grifone came into the game off the back of four losses and a draw, the latter of which came on an equalizer deep into stoppage time — after they had gone in front at the very beginning of stoppage time.

It was a classic trap game, especially considering the fact that the Marassi tends to have a negative effect on Juve’s mojo. Fortunately, it was a trap they didn’t fall into. It took a lot of huffing and puffing against a team that at times had all 11 players defending, but they finally pulled away in the second half, only to concede a soft equalizer minutes later on Genoa’s first shot of the game. But that setback didn’t send them spiraling. They kept pushing and eventually earned a pair of penalties, both of which were duly dispatched by Cristiano Ronaldo to earn a 3-1 win that, coupled with AC Milan’s 2-2 draw against Parma later in the day, saw Juve gain ground on the leaders headed into a big stretch of games before Christmas.

Andrea Pirlo got a boost a few days before the game when Alvaro Morata’s two-game suspension for dissent after the Benevento game was halved on appeal, making the Spaniard available for Sunday’s game. But Pirlo started him on the bench, employing a 3-5-2 shape. Wojciech Szczesny returned to the starting XI, sitting behind the defensive line of Matthijs de Ligt, Leonardo Bonucci, and Alex Sandro. Juan Cuadrado and Federico Chiesa were the wingbacks, surrounding the trio of Weston McKennie, Rodrigo Bentancur, and Adrien Rabiot. Paulo Dybala took Morata’s spot in the starting lineup beside Ronaldo.