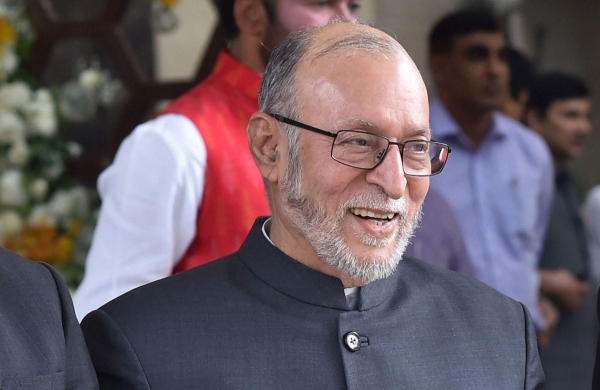 By PTI
CHANDIGARH: The Shiromani Akali Dal on Thursday termed the passage of the bill giving primacy to Delhi’s lieutenant governor over its elected government a violation of the country’s federalism.

The SAD also described the passage of the Bill as a “fraud with the constitution” and the day of its passage “a sad day for the democracy”.

“The passage of National Capital Territory of Delhi (Amendment) Bill, 2021 is a violation of the fundamentals of federalism as enshrined in the Constitution,” SAD MP Balwinder Singh Bhunder said in a statement here.

While committing his party to work alongside all like-minded parties to restore the original Act, Bhunder also said the passage of the Bill by the Parliament was a fraud with the Constitution.

The development did not augur well for the future, he added.

“Federalism is the key for a healthy democracy in a diverse country like ours and our Constitution-makers understood this. The passage of the amendment Bill is truly a sad day for democracy,” he said.

The Rajya Sabha had on Wednesday approved the Bill giving primacy to Delhi’s lieutenant governor over the elected government after a high drama in the House that saw uproar by the Opposition and a walkout by the BJD, SP, Congress and the YSR-Congress MPs amongst others.

Bhunder said the new Act would severely curtail the powers of an elected government by putting it under the thumb of a selected appointee of the Union government.

He said the Delhi government and its assembly have been made redundant by the passage of the new law as it has specially specified that the Lt Governor’s opinion would have to obtained before taking any executive decision.

“This will negate the ideals of the representative governance and democracy,” he added.

The SAD MP said, “The party had opposed the amendment Bill as a matter of principle and had also announced that it was ready to team up with other likeminded parties to defeat it in the Rajya Sabha where the numbers between the treasury benches and the Opposition were more evenly matched.”

The SAD has been fighting for more powers to states since 1972.

“In recent times, we are witnessing the frittering away of the powers of the States on one pretext or other,” he said.