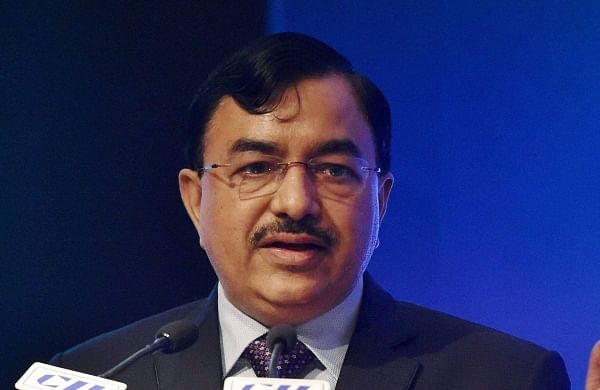 NEW DELHI: Chief Election Commissioner (CEC) Sushil Chandra on Saturday lamented the lack of representation of women in Parliament but at the same time, pointed to the surge in the number of women coming out to vote in recent years.

He also expressed concern over the time lost due to disruptions in Parliament, saying this does not augur well for democracy.

Addressing an event here to give away Sansad Ratna awards, Chandra said the first Lok Sabha had 15 women MPs and the 17th Lok Sabha has 78. “But the progress is still slow…. True, Parliament has to be very very inclusive,” he said.

The CEC pointed out that in local bodies, the Constitution guarantees a one-third reservation for women and noted that many grassroots-level women leaders have demonstrated their leadership qualities and brought about visible changes in their communities.

Stressing the need to maintain a connect between the lawmakers and people, he recalled voters telling him that after the COVID-19 pandemic triggered a ban on physical campaigning, some leaders came to their doorstep after a long gap.

On the issue of disruptions in parliamentary proceedings, Chandra said while heated arguments, debates and speeches are a barometer of a robust Parliament, frequent disruptions, walkouts and hunger strikes are not.

The time lost due to disruptions has seen a dramatic increase over the years, with some sessions witnessing a complete “wash out”. “This does not augur well for a robust parliamentary democracy,” he said.

“Participation in Parliament, raising matters of critical importance by virtue of the Question Hour and the Zero Hour are established parliamentary practices….This precious opportunity should not be wasted by theatrics or slogan-shouting or rushing to the well of the House,” Chandra said.

On the role of parliamentary standing committees, he said due to the untelevised nature of the committee meetings, the panels are also used as a forum for consensus-building among parties for controversial issues or contentious pieces of legislation.

However, the CEC said the “dwindling attendance” in the committee meetings is a cause of concern and the MPs must take part in these deliberations in a spirited and non-partisan manner. On participation of women in elections, he shared the data of the recently-held Assembly polls in Uttar Pradesh, Uttarakhand, Goa, Punjab and Manipur.

In Uttar Pradesh alone, it has gone up by 29 points, Chandra said. Seeking to give an overview of the Indian electoral system, he said there were 17.3 crore voters in the country and the turnout was around 45.6 per cent when the first Lok Sabha polls were conducted in 1951.