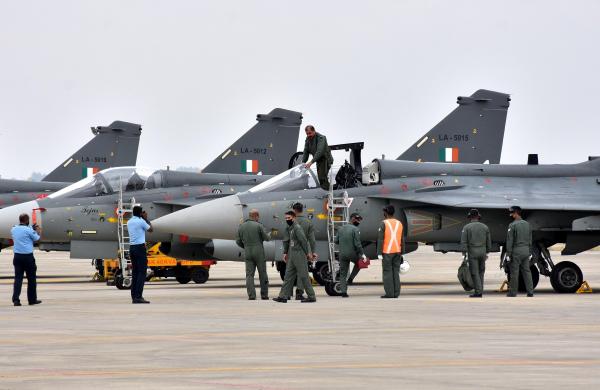 By PTI
NEW DELHI: Lack of coordination among stakeholders and “casual approach” of the monitoring agencies in enforcing timelines led to delays of more than 30 years in implementation of the Tejas aircraft programme, a parliamentary committee said on Tuesday.

In its report, the Public Accounts Committee of Lok Sabha said the project sanctioned in 1983 was hit by delays due to a range of reasons including issues relating to the jet’s engine, weapons package and time taken to roll out the prototypes.

The report mentioned the “casual approach” of the monitoring agencies in enforcing timelines and said it led to “inexplicable delays” of more than 30 years on the ambitious defence project. The report of the committee, headed by Congress MP Adhir Ranjan Chowdhury, was tabled in Lok Sabha on Tuesday.

The committee expressed the view that monitoring bodies with participation from the highest levels in the ministries of defence and finance could not succeed in ensuring proper coordination from the various work centres resulting in the delay in execution of programme.

The report referred to the submission by the Indian Air Force that inclusion of newer weapons was necessitated due to systems and weapons becoming “irrelevant” in the backdrop of the extended schedule of the LCA programme.

It noted that the addition of new weapons by the air headquarters for giving an operational edge to the LCA necessitated design changes on the aircraft.

The panel also said that formation of a liaison group right from the early stages of the LCA programme would have ensured close interaction between the design team and the user for better appreciation of mutual perception. “This would have resolved many issues related to LCA Mk-l’s shortfalls,” it said.

The report also mentioned the defence ministry’s reply stated that formation of the standing liaison group before 2007 would not have yielded fruitful results since expertise of the IAF personnel was not in the area of the design of the aircraft.

At the same time, the committee said it was amazed to note that the ministry, in its action taken replies, submitted that participation of IAF has been ensured in all major reviews of the LCA programme. It said the LCA Mark II in its latest configuration evolved into an altogether new military fighter in medium weight category.

It said lessons learnt from LCA Mark I programme should be kept in mind during the execution of LCA Mark-II programme to contain delays. Tejas, manufactured by the HAL, is a single engine and highly agile multi-role supersonic fighter aircraft capable of operating in high-threat air environments.