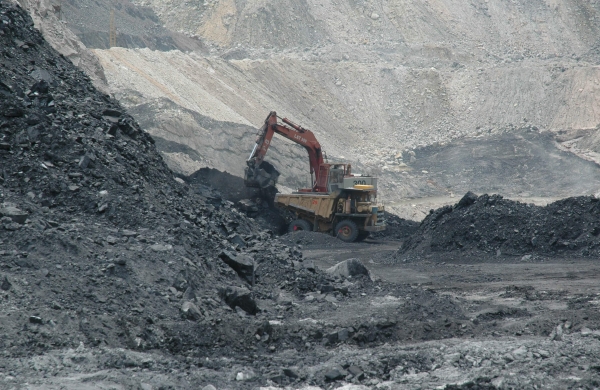 However, opposition parties demanded a select committee scrutiny of the bill, saying the government may face same backlash against this Bill as they are in the case of farm laws.

The Bill was passed by a voice vote in Rajya Sabha Monday.

The Bill seeks to create employment opportunities and also allow private players in mining activities that would bring in modern technology.

Allaying concerns of the members about the Bill curtailing states’ powers, the minister told the Upper House, “I assure you that not a single iota of power of state will be snatched or taken away by this bill.”

On the demand of the Parliamentary standing committee scrutiny, he said, “Wide consultations on bill were held. The bill was circulated to states and 10,500 comments were received. As many as 10 association and six NGOs had recorded their comments.”

“A 143 mines have been gives to states. Since 2015, these mine are with them. Neither those were allotted nor auctioned.Who suffered the loss? We are importing coal despite having the 4th largest resource of coal.”

The minister submitted before the House that the funds allocated for exploring mines remained largely under-utilised as they don’t have the capacity to explore.

Earlier while moving the bill for consideration, Joshi said its major objective is to generate employment in the sector and enhance the contribution of the mining sector in the total GDP of the country.

“Currently, the contribution of the mining sector, putting all together, is around 1.75 per cent and we want to take it to 2.5 per cent which is our commitment,” he added.

According to him, the mining sector contributes around 7 to 7.5 per cent of the GDP in countries like South Africa and Australia which are just as mineral-rich as India.

The reason is that only government agencies are involved in the process, he said.

“We want to bring private players into this because we have rich minerals like coal, gold, silver, but we are not being able to bring it out. That’s why we are bringing these changes and trying to redefine exploration,” he added.

The government is proposing to make National Mineral Exploration Trust (NMET) an autonomous and professional body, which would provide fund for exploration, Joshi added.

The minister informed the House that the bill was even supported by many non-BJP-ruled states as it is in national interest.

A total of “334 working merchant mines have expired in 2020 and out of that, 46 mines were working and were dispatching.

Out of that 46, only 28 have been auctioned despite all clearance given by us and in between that there was a shortage of iron ore,” he said.

It would create a level-playing field and end the system of captive and non-captive mines, which was followed in India only and “created a lot of problems”.

The government is also fixing the mechanism to calculate extra royalty into the schedule of the bill.

“Without any charges, we have allowed the transfer of mines. We want to bring a transparent system,” he said, adding it is a progressive bill and will bring a lot of change.

The bill to amend the Mines and Minerals (Development and Regulation) Act, 1957, would bring in mega reforms in the sector with resolution in legacy issues, thereby making a large number of mines available for auctions, he said.

Congress leaders Digvijaya Singh and Jairam Ramesh among other opposition members pressed the government to send the bill to a select committee for scrutiny.

Participating in the discussion on the bill, Ramesh said, “Eleven parties in House, have requested that the bill be referred to a select committee. Consensus today is that the bill should go to select committee but government is unlikely to agree and respect this consensus. By passing this bill, today we are going against the general consensus.”

Singh also echoed similar views said, “Don’t treat this bill as you had done with the farm laws.”

M Thambidurai (AIADMK) said the minister should ensure that states’ rights are not taken away.

He referred to the spectrum case where joint Parliamentary committee was constituted.

K Keshava Rao (TRS) said, “If you want to take people along then send this bill to a select committee. Don’t make the same mistake you have done with farm laws.”

V. Vijayasai Reddy (YSRCP), “This bill should not be passed in its present form. It is pro-private sector and anti-public sector.”

Ram Gopal Yadav (SP) said, “This bill will take towards privatisation of the entire mineral sector. Heaven would not fall if this bill would be passed in next session after the select committee scrutiny.”

AAP and Congress Rajya Sabha members referred to mining-related irregularities in the past as they opposed the Mines and Minerals (Development and Regulation) Amendment Bill which seeks to bring more reforms in the mining sector for boosting private investment and creating more jobs.

The NCP called for sending the bill to a select committee as the government brought a fourth amendment that will open up the option for captive mines other than atomic minerals to sell up to 50 per cent of their annual mineral production in the open market after meeting their objectives.

AAP member Sanjay Singh demanded the government roll back the decisions of 100 per cent disinvestment of Vizag Steel Plant and restarting mining activity in Goa.

“India will not develop by selling the entire nation,” Singh said.

He said that private steel plants were set up due to politics at places where there was no availability of raw material.

Singh said that in 2012 the Justice MB Shah Commission report had come and it was said a scam of Rs 35,000 crore had taken place in illegal mining.

Based on that report, entire 88 mines were closed which led to suffering of three lakh families dependent on them.

“It has been 9 years since operations have not been restored. Many have committed suicide. The Supreme Court directed to hold auction, but the BJP government started renewing lease instead of auction,” Singh alleged.

CPI(M) member Jharna Das Baidya said the bill has provision that if the state government delays the auction, then the central government may take over the action.

He said that the current chief minister of Karnataka was arrested in the case based on a Lokayukta report.

He alleged lobbying behind amendments.

He said that states own the land and they have the right on auction of mines.

RJD member Manoj Jha said that he has been hearing a lot about cooperative federalism and seeing it getting killed in each bill.

“I have not seen a single bill in the last three years which strengthens the foundation of cooperative federalism. I can see ‘Gangs of Wasseypur’ developing from these 13 reforms. There is no mention of people who live around these resources,” he said, referring to the Hindi film centred on coal mafia.

“These days I understand immediately for whom you are bringing these bills, who will be its beneficiaries and we will join the obituary of the public sector. You will also accept someday,” Jha said.

He said that he gets representation from Vizag Steel Plant every day.

“I have seen that plant. It is a marvel. Those who say nothing has happened in 70 years, they should go once and see plants like Vizag Steel Plant,” Jha said and demanded its revival.

TDP member Kanakamedala Ravindra Kumar said that Vizag Steel Plant (VSP) does not have its own captive mines.

“There is a chance of revival of VSP. The iron ore that is being brought by the VSP for about Rs 7,000 per tonne whereas other plants which have captive mines spend only Rs 1,500 per tonne only. This means VSP currently spends 65 per cent of the production cost on raw material alone,” Kumar said.

He said that in 2007 parliamentary committees had recommended that VSP should have its own captive mines.

“Since then the demand is pending,” Kumar said.

NCP Fauzia Khan said that there are innumerable concerns regarding the bill.

“We are of the opinion that this should go to the select committee and be scrutinised thoroughly. This is the 4th consecutive amendment to this bill. Why is the government indecisive in its approach?” she said.

BJP member Ram Vichar Netam countered the opposition charges and said that several states gave their consent to the bill and it was drafted after wide consultations with associations, various departments and the public.

Netam said that the bill has been brought after removing all discrepancies of past years and this will provide jobs to one crore people in the mining area.

He said that the auction of mines will take place only after consultation with the state government.