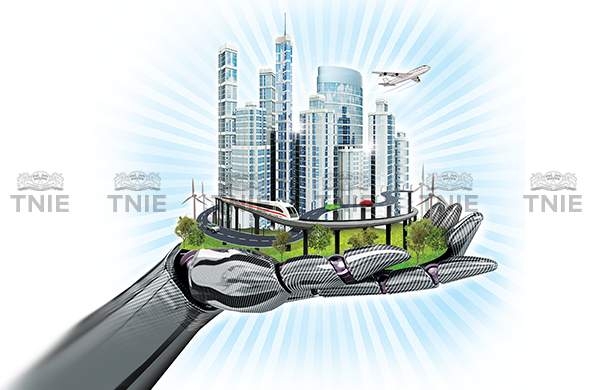 Express News Service
NEW DELHI:  A parliamentary standing panel has flagged slow pace of and irregularities in government’s ambitious Smart City Mission launched in 2015, noting that most of projects under it are either at tendered or grounded stage even after 5 years.

The Mission was launched with the objective of providing core infrastructure and decent quality of life in 100 selected cities.

Concerned at the “slow pace”, the committee, in its report recently tabled in Parliament, urged the government to focus on timely completion of projects to prevent cost overruns.

The panel, however, noted, “Though the progress of this mission was slow initially, it is heartening to note that it has picked up of late.”

While examining the Smart City Mission, the Committee came across some irregularities in implementation, such as duplication of work, costs higher than market rates, frequent dropping of projects after finalisation of proposals etc.

The panel felt that Geospatial Management Information System used for real-time monitoring of Smart City projects is not serving its purpose and recommended that a robust monitoring mechanism should be put in place for on-ground verification of projects by a team consisting of Mission director, state representative and local MP and MLA.