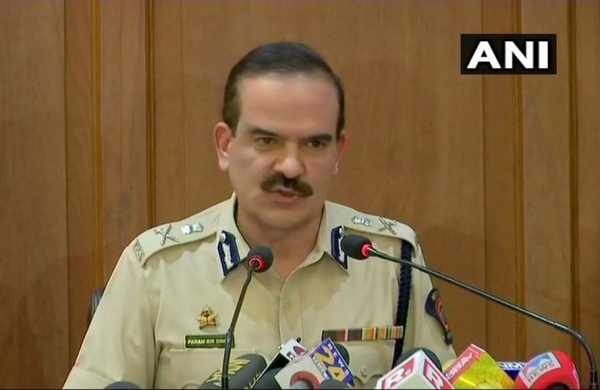 By ANI
NEW DELHI:  Days after being removed as the Mumbai Police chief, Param Bir Singh on Monday approached the Supreme Court demanding a CBI probe involving Maharashtra home minister Anil Deshmukh over corruption charges. In his writ petition, Singh has accused Deshmukh of interfering in various investigations and instructing police officers to conduct probes in a manner desired by him.

The 1988 batch IPS officer has also challenged his removal as Mumbai Police commissioner and sought quashing of the transfer order, alleging it to be arbitrary and illegal. Senior counsel Mukul Rohatgi is expected to represent Singh in the court. The plea seeks “unbiased, impartial and fair” probe into Deshmukh’s “corrupt malpractices” before evidence is destroyed.

The petition states that Deshmukh held meetings in February at his residence with API Sachin Waze of Crime Intelligence Unit and ACP Sanjay Patil of Social Service Branch and assigned them a target to collect `100 crore every month and from various establishments and other sources. Challenging his transfer, Singh contended that he was shunted out on March 17 immediately after he brought Deshmukh’s corrupt practices to the knowledge of CM Uddhav Thackeray and other leaders.

The petition states that Singh’s transfer in the aforesaid circumstances “is for reasons smeared with malice” as there’s no  material or evidence far from proof found or even imputed against the him and is solely based on conjectures, surmises and pure speculation.

“The transfer of police officers before completion of their tenure at the whims of the political executive is indicative of excessive control by the political executive over the police, and has the inherent danger of making the police a tool for subverting the process of law, promoting the growth of authoritarianism and shaking the very foundation of democracy,” the plea states.

Singh also sought directions from court to safeguard him from any further coercive steps in retaliation of exposing Deshmukh’s “corrupt malpractices” and “abuse of power”.  Singh said he was forced to write to the chief minister regarding Deshmukh’s conduct after his transfer, followed by adverse media publicity by the minister, in violation of his right to reputation, dignity, equality and liberty.

Param Bir’s prayer on transfer Singh sought stay of his transfer order and direction to the state government, the Centre and the CBI to immediately take in its custody the CCTV footage from residence of Deshmukh