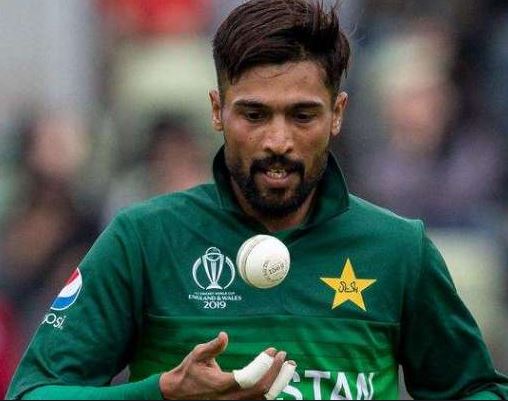 Pakistan pacer Mohammed Amir says players of the national team are scared of asking for a break even when they feel exhausted as they apprehend being dropped from the side altogether due to a “communication gap” with the team management. Amir, who has retired from Test cricket to prolong his career in the shorter formats, said communication and understanding needs to be better between players and the management.

“The problem is that if a player musters the courage to say in Pakistan cricket that he wants rest, he is dropped, so players are now scared about speaking about it with the management,” he told the ‘News One’ channel.

“There is a mindset in Pakistan cricket where players are scared of being dropped from the team. I think this communication gap should be removed between players and the management. “If a player wants to take a break he should be happy to speak about it with the management and they should understand his point of view and give him a rest instead of dropping him from the team,” he said.

Dropped from the ongoing tour of New Zealand, Amir reiterated that his decision to retire from Test cricket last year was turned into an unnecessary controversy. “Mickey Arthur was our head coach and anyone can ask him this. I was telling him since 2017 that if my workload is not managed I would have to leave Test cricket,” he asserted.

“After I announced my decision no one spoke to me for six months about it and a controversy was only created around my decision when we lost in Australia.

“…people lack common sense to understand the situation I was in after returning to cricket from the five year ban,” he added referring to the spot-fixing ban that he served. Amir said people failed to understand his predicament when he returned to cricket after the ban without any training.

“Ask the team physio the problems I was facing with my eyes, knees and shoulders and I kept on telling them to manage my workload no one listened,” he alleged. “I remember playing in the first match of the World Cup with spasms and after taking pain killers.