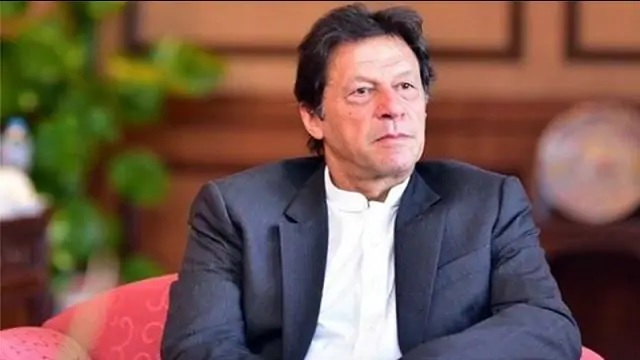 On August 5, 1 year will be completed by abolishing Article 370 from Kashmir and Pakistan Prime Minister Imran Khan, who considers raising his voice against Jammu and Kashmir as an important achievement, will join hands with ISI on this occasion. – We are going to increase a plan named Point. The ISI is Pakistan’s notorious espionage agency accused of promoting terrorist groups. These agencies mostly work against India and Afghanistan.

18 Point Kashmir Plan In
its 18-point plan, Imran Khan will organize a meeting in Pakistan Occupied Kashmir and address the people there. He will give a speech, which will be telecast live. Before Imran Khan arrives in Muzaffarabad, the Pakistan government will conduct a tour of foreign journalists but foreign journalists will not be able to see terrorist camps funded by ISI.

India made a law, under the Constitution, to divide the state of Jammu and Kashmir into two union territories – Jammu and Kashmir and Ladakh. This law was enacted in the Rajya Sabha on 5 August and passed in the Lok Sabha the next day. On 9 August it also received the assent of the President. As soon as this law came into force, a lockdown was put in place to maintain peace in Jammu and Kashmir and the big leaders were put under house arrest. Most of which have now been released, except for some politicians like Mehbooba Mufti of PDP.

Pakistan started international campaigns against India only after the removal of Article 370 of India. Imran Khan, in his speech at the United Nations General Assembly in September, said that after the lockdown was lifted, the rivers of blood would flow in Kashmir and the valley streets would be massacred. Imran Khan also blackmailed the countries of the world by intervening in this matter with his speech referring to nuclear weapons. After this, two other countries talked about the issue of Kashmir, Tukri and Malaysia, which was led by Mahathir Mohammad but died.

China also issued two statements on abolishing Article 370 of India. The first one in which India and Pakistan were asked to work together on the Kashmir issue. But the real concern behind this was the conversion of Ladakh into a union territory. Dasura in which China’s Foreign Ministry stated that China always opposes the inclusion of Chinese territory in the western region of China-India border in the administrative region of India. On which India said that changing its territory to Union Territory is India’s internal matter.

For its August 5 plan, the Pak government is busy spreading its voice to Kuala Lumpur, Ankara and Beijing or at least tweeting about it. Turkey is expected to join this plan but India Malaysia wants to see how it reacts. Malaysia has recently got a new Prime Minister Muhyidin Yasin is sworn in as Prime Minister on 1 March. A Chinese government official said that no matter how India tried to expand its territory . This led to a stalemate and bloody confrontation in the Galvan Valley in eastern Ladakh, and killed soldiers for the first time in 40 years at the Line of Actual Control LAC.

The Foreign Ministry has been asked to work closely with the ASI on how they are organizing and preparing rallies with member countries of OIC, international human rights groups. Counter-terrorism officials told Hindustan Times that the Pakistan Army has prepared this campaign for Imran. Documentaries, pamphlets and some big newspapers will be part of this campaign, all these preparations have been done by the army. Imran Khan will just be its face. Like ISI, many people had tried to carry out activities in Kashmir by forming terrorist groups to prove that terror has spread after the removal of Article 370 in Kashmir, Pakistan had tried its best to do this propaganda.