Pakistan and China are planning against India: BSF chief 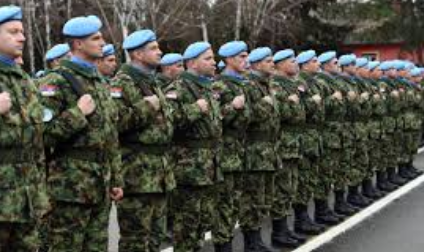 Director General of Border Security Force Rakesh Asthana has said that Pakistan and China are planning against India. Therefore, our role has become more important now because we are the first line of Indian defense. The BSF chief said these things to the soldiers after taking stock of the Line of Control in Rajouri and Poonch sectors.

Rakesh Asthana reached here in the last phase of his three-day visit to Jammu and Kashmir and addressed the soldiers. He said that the army has operational command of 744 km long LoC, but BSF has also been deployed to assist.

According to HT, the official spokesman of BSF said that on the third day of his visit on Sunday, Director General of Border Security Force Rakesh Asthana visited various places in Poonch and Rajouri sector and took stock of the situation. He was also accompanied by ADG (WC) SS Panwar and IG BSF NS Jamwal.

The DG was informed by DIG ID Singh of Rajouri and field commanders posted on the LoC about the preparedness of the operation and the latest situation on the LoC. Appreciating the measures adopted by the soldiers while maintaining supremacy, the Director General emphasized on meeting the security challenges more effectively.

At the same time, the spokesperson quoted the Director General as saying that this is a very important time for all, because our two neighboring countries are planning against us. Therefore our role has become more important now because we are the first line of Indian defense. He appreciated the vigilance of BSF jawans who are always stationed in defense of the country.