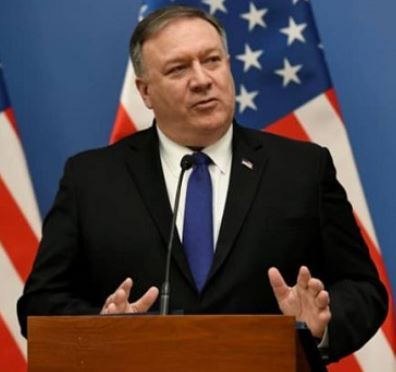 The US has taken action on a total of 10 countries, including China and Pakistan, after cases of violation of religious freedom have come to the fore. US Secretary of State Mike Pompeo informed on Tuesday that China and Pakistan have now been put on a special watch list by the US.

The US has put about ten such countries on the special watch list, where religious freedom is being suppressed. America says that all these countries have failed to stop religious persecution in their countries. These countries include Myanmar, China, Iran, Nigeria, Pakistan, Saudi Arabia, Tajikistan, Turkmenistan, Eritrea and North Korea. He is being given and in a way has been closed in the camp where forced labor is done. Many countries of the world including America have warned China on this issue earlier.

Not only some countries, but the name of some organizations have also been released by the US, which have done the work of suppressing religious freedom in the world.

According to US Secretary of State Mike Pompeo, these include the names of organizations like Al-Shabaab, Al-Qaeda, Boko Haram, Hayat Tahrir al-Sham, ISIS, ISIS-Greater Sahara, ISIS-West Africa, Taliban. America has given these organizations Frank R. Wolf International has been included in the special list under the Religious Freedom Act, 2016.