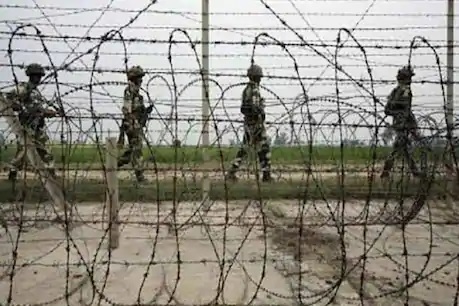 Srinagar. Pakistani troops opened fire on Indian posts in violation of the ceasefire on the Line of Control in Naugam and Tangdhar sectors of Jammu and Kashmir on Friday. “Pakistan opened fire with mortar and other weapons in violation of the ceasefire without any provocation on the Naogaum and Tangdhar sectors in Kupwara (district of North Kashmir),” an army spokesman said.

He said that Pakistan’s shelling in Tangdhar injured six civilians, while no casualties were reported from Naugam. The official said that the Indian Army has given a befitting reply to the Pakistani attack.

Residential areas were also targeted
During this period, firing from small and large arms from across the border, the Indian Army responded in a proper way. After Balakot, the Pakistani army has violated the ceasefire on LoC in Karnah area of ​​Kupwara district in North Kashmir. During this time the Pakistani army also targeted the residential areas, in which three civilians were injured. The injured have been admitted to hospital.
6 houses damaged in Kathua

Pakistan violated ceasefire on the international border in Hiranagar sector of Kathua district and targeted the residential areas and outposts. During this, shelling took place for about 5 and a half hours, in which 6 houses were damaged.

The Indian Army is giving a befitting reply
, an Army official said that a retort was given to this Pakistan’s action. “Pakistan fired mortar shells and other weapons in Naugam sector of Kupwara in North Kashmir without any provocation,” the official said. “No casualties are reported yet.”

Pak had fired even a day earlier
Earlier in the evening, the Pakistani Army violated the ceasefire on the LoC in the evening and opened fire with mortars in the residential areas as well as residential areas in Balakot and Mendhar sectors. This created an atmosphere of panic among the people living in rural areas bordering the Line of Control.