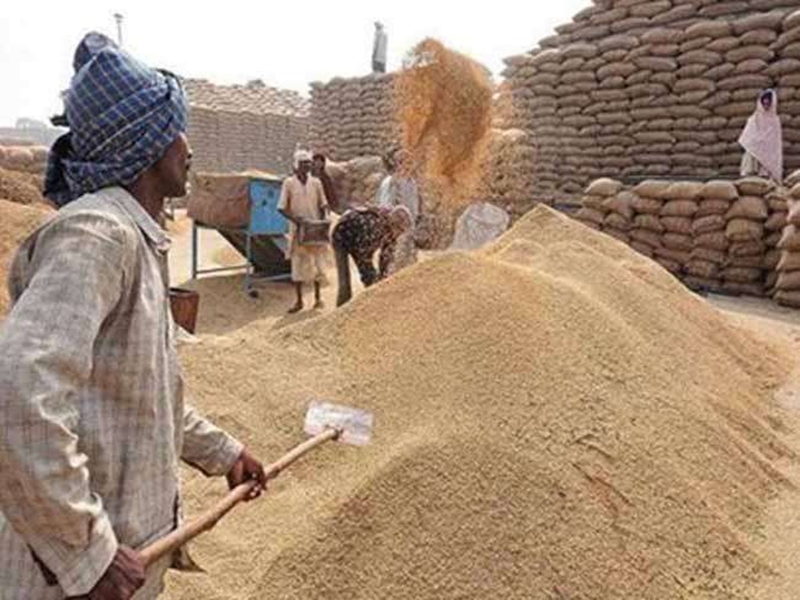 According to the announcement of Chief Minister Bhupesh Baghel, the purchase of paddy on support price for the Kharif marketing year 2021-22 will start from December 1 in the state. All necessary preparations have been completed for the purchase of paddy on support price. In this Kharif year, paddy will be procured from about 22.66 lakh registered farmers through 2399 cooperative societies. About 105 lakh metric tonnes of paddy is estimated to be procured by the state government from the registered farmers. This year, keeping in mind the facilities of farmers and villagers, permission has been given to start 88 new paddy procurement centers by the state government. But the purchase of paddy from farmers through cash and linking will be done from December 1, 2021 to January 31, 2022 and maize will be purchased from December 1, 2021 to February 28, 2022. For the Kharif marketing year 2021-22, the rate of support price for average good quality paddy, paddy common at Rs 1940 per quintal, paddy grade A at Rs 1960 per quintal and average good quality maize at Rs 1870 per quintal. Officials said that to buy 105 lakh metric tonnes of paddy, five and a half lakh bales of gunny bags would be required. The state has received 86 thousand jute gunny bags through the Jute Commissioner. The Government of India has given consent to supply 2.14 lakh bales of new jute gunny bags to the state through the Jute Commissioner. Apart from this, about one lakh bales of gunny bags have been arranged by the state government through fair price shops and millers and about 1.13 lakh bales of HDPE-PP from the open market. Gunny bags are being arranged. Apart from this, an officer of the Indian Administrative Service has been appointed as OSD for tare purchase, distribution, regular coordination with central and other officers. Also, for the purpose of selling paddy easily by the farmers, the state government has given permission to the farmers to sell paddy in their own gunny bags from the very first day of paddy purchase. The officials of the Food Department have informed that nodal officers have been appointed for smooth and transparent operation of the paddy procurement system. Situations related to paddy procurement and other arrangements and problems will be monitored daily by these nodal officers. If disturbances are found in the procurement centers under the charge of these nodal officers, then the nodal officers will be responsible for it. Apart from this, keeping in mind that the produce of the farmers of the state came to the procurement centers, strict monitoring is being done by the joint team of Police, Revenue and Food Department by putting up check-posts in the sensitive areas of the state borders. At the same time, strict action is also being taken by the team by confiscating the paddy if found illegally transporting paddy. Like this:Like Loading… Continue Reading

So far 313418 metric tonnes of paddy has been procured in Bemetara district.