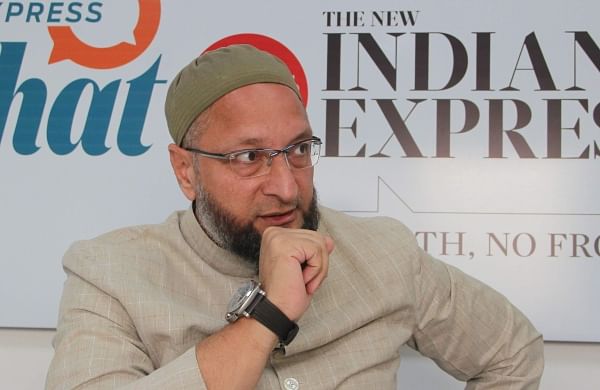 While stating that nobody should indulge in violence over the issue nor should police take law in their hands, he accused the BJP of not taking timely action against Sharma after her comments during a TV debate triggered a huge controversy.

“Nupur Sharma is not being arrested. As per the law, she should be arrested. She has not been arrested for so many days. Why don’t you arrest her and take legal action against her? Who is stopping you?” Owaisi asked, speaking to reporters here.

The BJP’s action of suspending her for violating the party’s constitution did not resolve the issue, and one should “also think of the Indian Constitution,” the All India Majlis-E-Ittehadul Muslimeen chief said.

Sharma’s apology over the remarks was not enough, Owaisi said. “We do not need an apology. Law should take its course,” he added.

Asked about the violence reported from different cities during protests against Sharma’s remarks, including the incidents in Ranchi where two persons were killed in police firing, Owaisi said nobody should indulge in violence.

“It is vital for democracy that there is no violence. It is the government’s responsibility to not allow violence and try its best to stop it. Police should also not take law in their hands. Yesterday, two people died in police firing in Ranchi. This should not happen,” said the Hyderabad MP.

Asked about a statement by AIMIM’s Aurangabad MP Imtiaz Jaleel that Sharma should be “hanged” for her remarks, Owaisi said the party’s stand was clear that she should be arrested as per the law. “This is the party’s stand which everybody will have to follow,” he added.

As to how many seats the party would be contesting in the Gujarat Assembly elections which are due this year, Owaisi said it was being worked out.