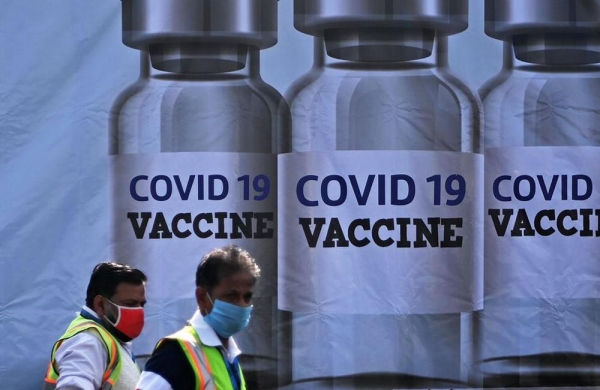 Express News Service
NEW DELHI: Nearly 35 per cent of healthcare workers across India may refuse Covid-19 vaccination offered by the government by the target date, suggests an analysis of the vaccination data by the Union Ministry of Health and Family Welfare.

Till Friday morning, about 62 lakh of the one crore healthcare workers in the country scheduled to take first jabs had taken them.

The Centre had advised vaccination for all healthcare workers at least once by February 20. Since most of the states have followed the directive and presuming that about 3 lakh more will get first shots over Friday and Saturday, nearly 35 lakh are likely to forego the chance to take jabs by the target date.

It was for this reason that Union Health Minister Harsh Vardhan on Friday, once again appealed to healthcare workers to get inoculated with Covid-19 vaccine doses as per schedule.

Data shared by the Centre shows 1,01,88,007 doses had been administered through 2,11,462 sessions, as per the provisional report till Friday morning.

The second dose began on February 13 for those who had completed 28 days after the first.

“The country is witnessing a progressive increase in the vaccination day by day,” said the government.

Though there is no information,  there is anecdotal evidence that among healthcare workers, doctors are most reluctant to get the vaccination. Other support staff are taking shots in significant numbers.

As per ministry data, eight states account for 57.47 per cent of total vaccine doses. Uttar Pradesh alone accounts for 10.5 per cent.