Over 97% of those who took Covid-19 shots are satisfied with experience: Centre 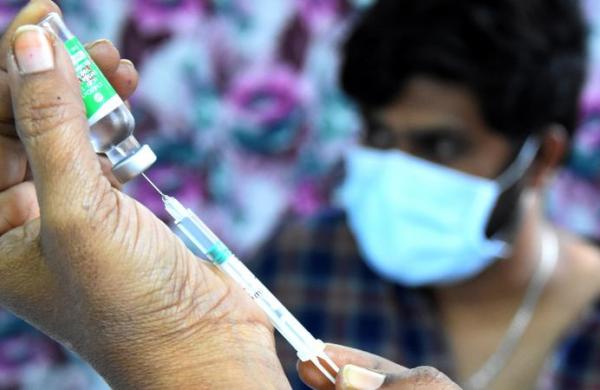 Express News Service
NEW DELHI: Feedback from beneficiaries of Covid-19 vaccines has shown that nearly 97% have been satisfied with the vaccination experience, the Centre said on Thursday. Madhya Pradesh was appreciated for achieving the highest vaccination coverage.

In a press briefing on Thursday, the Centre said so far, a total of 45,93,427 doses of vaccines have been administered in the country and the second shots of vaccines will be administered beginning on February 13.

Explaining the feedback system, Bhushan said that a personalized SMS is being sent to all beneficiaries a day after vaccination, using the CoWin platform.

“In all, 5,12,128 have responded and over 97% of them said they were satisfied with the vaccination experience,” he said.

As per the details shared, Madhya Pradesh ranks first in immunising the state’s healthcare workers and more than 73% of the targeted beneficiaries in the state have now taken the first dose of the vaccines, followed by Rajasthan where the coverage percentage is nearly 66.

However, among the large states, Tamil Nadu has the lowest Covid-19 vaccination coverage yet — at just about 23%.

Beginning Wednesday, at least one state has started vaccinating frontline workers too, in addition to healthcare workers. As this stabilises, the third priority group — people above 50 — will too be immunised, officials said.

“Within that group, there is a sub group of people above 60,” said the health secretary.

In response to a query, Bhushan asserted that there is a very structured and robust system of adverse event following immunisation monitoring in this country.

“It has been further strengthened in view of Covid vaccination. We have 8,563 AEFIs so far, when we have done vaccination in lakhs. This is 0.18% of the total vaccinations,” he said.

Kerala and Maharashtra have 70% of the active cases, Bhushan further said, adding that the number of active cases in each state is over 35,000.