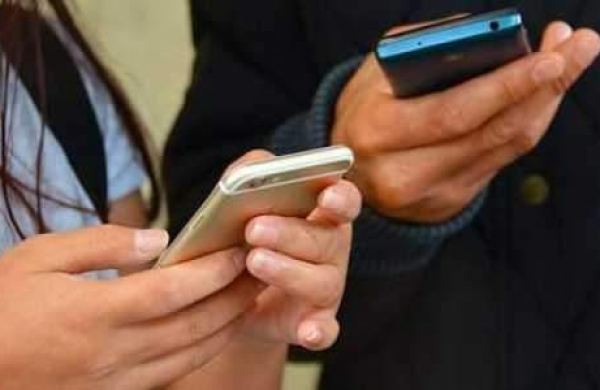 By PTI
NEW DELHI: Over 870 new mobile phones worth Rs 86 lakh were seized from a gang of Fraud-To-Phone (F2P) involved in cybercrimes in joint efforts by police forces of four states.

The action against the cyber crime network has been initiated by the Union Home Ministry’s cyber safety wing FCORD.

“Continued efforts lead to the neutralisation of another significant subsidiary node of the F2P network,” an official said.

In a follow-up of leads generated by CyberSafe, an app created by FCORD, and investigations by Madhya Pradesh, Jharkhand and Uttar Pradesh and Haryana Police, 872 new mobile phones of different companies worth Rs 86 lakh were seized and Rs 15.15 lakh cash recovered from three arrested accused, the official said.

Till date, more than 1,100 cell phones worth Rs 1.5 crore and nearly Rs 25 lakh cash have been seized from the F2P Network and at least 25 accused arrested.

The key nodes in the Haryana network were active members of the Balaghat WhatsApp groups run by the prime accused of the F2P network, Hukum Singh Bisen.

Another accused, Rajat Madan of Kaithal, was found in possession of the 872 mobile phones and he was subsequently arrested along with his associate, Sudhir Narang, also an accused.

This sub-network had a much more varied mix of mobile phones in stock, displaying no particular preference for specific Chinese brands, another official said.

The transaction trail for the purchase of almost all of the 872 mobile phones was through UPI, implying the rising importance of National Payments Corporation of India (NPCI) in assisting Law Enforcement Agencies (LEAs) in preventing cyber-frauds, the official said.

With more enforcement agencies using CyberSafe, the gap between LEAs and fintech entities is being bridged for all-round benefit of the unsuspecting victim of cyber-fraud, the official said.

CyberSafe is an app created by FCORD, operative from August 2019.

It links more than 3,000 LEAs, including police stations, in 19 States and UTs with 18 fintech entities online and in real-time.

Fraudster’s mobile numbers are the key to CyberSafe.

As soon as a victim informs the police, the information is entered on CyberSafe and in realtime, fund flows are identified and communicated.

Till now 65,000 phone frauds were reported on this app and 55,000 phone numbers and several thousand bank accounts of fraudsters identified.

Soon, the NPCI will be integrating with CyberSafe, expanding the ambit of realtime prevention of cyber crime to the UPI domain, thereby amplifying its success in crime prevention, manifold.