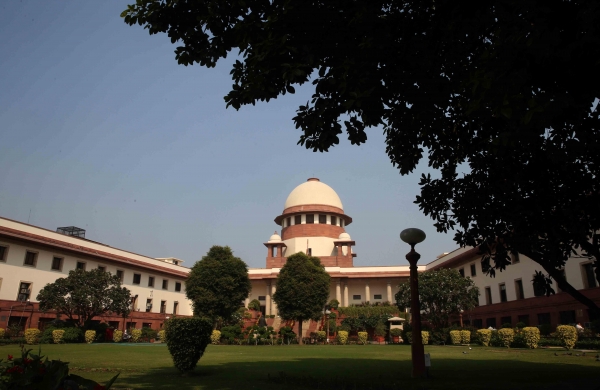 By ANI
NEW DELHI: Over 500 lawyers have written a letter to the Chief Justice of India Sharad Arvind Bobde seeking his immediate direction for the resumption of physical hearing in the Supreme Court, stating that the present virtual system of hearing is a failure.

All courts in the country including the Supreme Court allowed virtual hearings after the COVID-19 outbreak in March last year.

The five-page letter written by Supreme Court lawyers– Kuldeep Rai, Ankur Jain, and Anubhav to the CJI Bobde stated that the present virtual system of hearing is a failure and not subserving the interests of justice.

“The mentioning branch does not respond to calls, resulting in important matters remaining pending adjudication and becoming infructuous, irrespective of whether the matters are fresh or coming after notice. Many matters relating to life and liberty, including bail, which require immediate attention remain unheard, creating a helpless situation for litigants and lawyers,” the letter said.

There are many flaws in the virtual court hearing, including network connectivity issues and no proper management by the Registry, it said.

The letter, which was also signed by more than 500 lawyers including many senior lawyers of the Apex Court, stated that the members of the Bar, particularly young practitioners, have been going through a difficult stage in the past 10 months between the COVID-19 pandemic and the consequent virtual functioning of the Supreme Court.

The letter also claimed that the virtual hearing of the Top Court has more lacunae than benefits and that it has failed to adequately serve the cause of justice.

“In this regard, it is also noted that judges, as well as the Attorney General of India, had expressed reservations about the virtual system’s functioning,” the letter stated.

No response to the calls by the dealing officers when it comes to mentioning, said the letter, seeking a direction of the CJI to start physical hearings in the Supreme Court.

Dismissing of mentioning of urgent matters by mentioning bench without providing any reason, over 50 per cent of young practitioners have been constrained to leave Delhi as they are unable to meet living expenses, the letter claimed.

It further underlined that various High Courts in the country have also started physical hearings and the Apex Court should also consider starting the same with precautionary measures in the view of COVID-19.