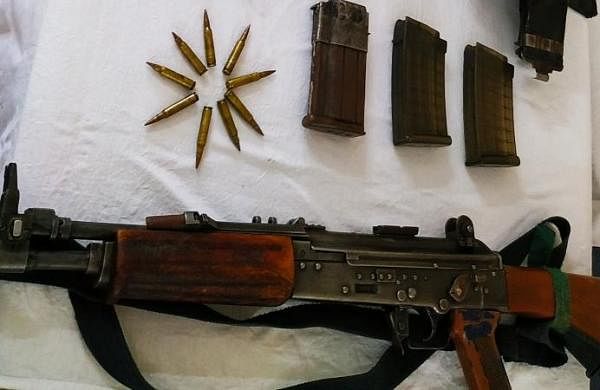 LUCKNOW: In a big boost to self-reliance in defence manufacturing in India, the Indo-Russian ordnance factory at Korwa in Amethi district of Uttar Pradesh is set to manufacture over five lakh AK-203 assault rifles. They will be produced by a joint Indo-Russian venture, approved by the Centre. The first 70,000 will include Russian-made components as technology transfers and the Army will receive these in 32 months after the manufacturing process begins.

Signifying the robust defence ties between the two countries, India and Russia are likely to ink the Rs 6,000-crore deal for manufacturing AK-203 rifles at Korwa during President Vladimir Putin’s visit to New Delhi. Over five lakh AK series rifles will be manufactured over a ten-year period time. These rifles are an advanced version of the AK-47.

Korwa ordnance factory will manufacture the rifles for the military in the first phase followed by a bulk order for the paramilitary forces and police force of the country. A Major General is in charge of the plant.

According to official sources, the proposed project will be executed in partnership with Russia. It will open up business opportunities for various MSMEs and other defence industries for supply of raw material and components, which will leadto generation of new employment opportunities.

The 7.62 x 39mm caliber AK-203 rifles will replace the in-service INSAS rifles inducted over three decades back. AK-203 assault rifles, with an effective range of 300 metres, are lightweight, robust and easy to use with proven technology that will enhance the combat potential of soldiers to adequately meet present and envisaged operational challenges.

They will enhance the operational effectiveness of the Indian Army in counter insurgency/counter terrorism operations.

The project is significant as it would make UP a key contributor in the defence manufacturing hub of India given the upcoming 6-node defence corridor from Agra to Jhansi.

The project will be implemented by a special purpose Joint Venture called Indo-Russian Rifles Private Ltd (IRRPL). It has been created with erstwhile OFB, now Advanced Weapons and Equipment India Limited (AWEIL), and Munitions India Limited (MIL) of India and Rosoboronexport (RoE) and Kalashnikov of Russia.