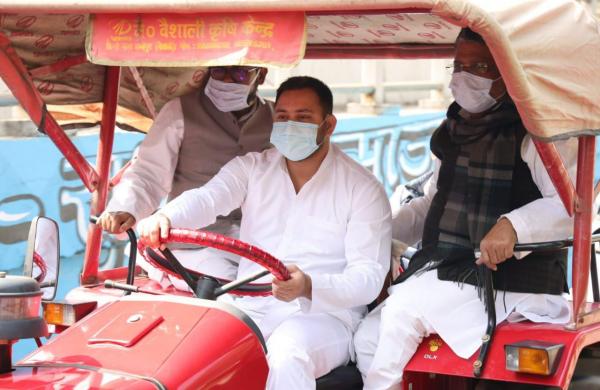 Express News Service
PATNA: After the Citizenship Amendment Act and the National Register of Citizens, now the proposed Bihar Special Police Bill, 2021 is likely to snowball into a major confrontation between the opposition and the ruling government on March 23, when it will be tabled in the House.

The opposition is learnt to have channelised its political strength in the House to oppose the proposed Bill in the House terming it a move to convert Bihar into a police state.

On March 23, the government is likely to bring the Bill to the House for discussion.

“The Bill is intended to convert the state into a typical police state with provisions made therein to empowering the police to arrest anyone or conduct a search without obtaining specific warrants from the competent court,” RJD spokesperson Chitranjan Gagan said.

The opposition has also urged the Speaker to let the draft of the Bill go through a select committee before it is allowed to be brought in the House.

The opposition alleged that the proposed Bihar Special Bill 2021 will be misused to settle political scores and have a draconian effect on the human rights of people.

According to RJD leader Bhai Virendra, the Bill “will violate the fundamental human rights of people by promoting excessive police actions against the people.”