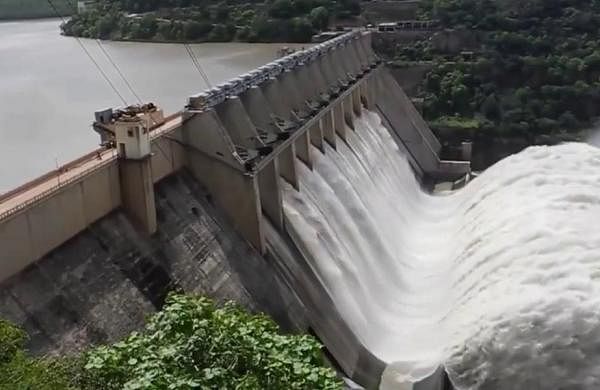 NEW DELHI: Opposition parties, including the Congress, the TMC and the DMK, demanded from the government in the Rajya Sabha on Thursday that the Dam Safety Bill, 2019 be sent to a parliamentary select committee, saying it needs scrutiny as it is “unconstitutional and encroaches upon the states’ rights”.

The bill seeks to provide for surveillance, inspection, operation and maintenance of specified dams for the prevention of dam failure-related disasters and to provide for an institutional mechanism to ensure their safe functioning and for matters connected therewith or incidental thereto.

It has been passed by the Lok Sabha.

After Union Minister for Jal Shakti Gajendra Singh Shekhawat moved the bill for the consideration of the House, DMK leader Tiruchi Siva moved an amendment to the bill to send it to the select committee.

Moving the amendment, Siva said, “India is a union of states. The unique feature of our democracy and the Constitution is that it works on federalism. The states have their own rights. Entry 17 of the states’ list provides for the states to make laws with regard to water supply, drainage, embankment etc.”

Noting that the bill takes away the rights of the states, the DMK leader said, “I urge that this bill has to be referred to a select committee.

” Participating in the debate, Shaktisinh Gohil of the Congress said,”This bill is unconstitutional and needs to be sent to a select committee. Someone can challenge the bill in the courts.”

He also said the opposition had advised the government on the already repealed farm laws.

“This bill does not come under your jurisdiction. It is under the states’ jurisdiction. The provisions of this bill encroach upon the rights of the states. I support the demand to send this bill to a select committee. Twelve of our (suspended) members are not in the House,” Gohil said.

Nadimul Haque of the Trinamool Congress (TMC) echoed similar views and said, “The bill needs scrutiny. The bill, in its current form, has many contentions clauses. The current bill does not guarantee any power to the states. It seeks to snatch the powers of the states.”

He said the bill is silent on the flow of funds while it provides that 21 members of the national dam safety authority will be nominated by the Centre.

It is an attempt to encroach upon the sovereignty of the states, Haque said.

“We endorse the view of Tiruchi Siva for sending the bill to a select committee,” he added.

T K S Elangovan of the Dravida Munetra Kazhagam (DMK) said, “The bill is a violation of Article 252. Powers of the states are being taken away by the Centre. The bill should be sent to a select committee.”