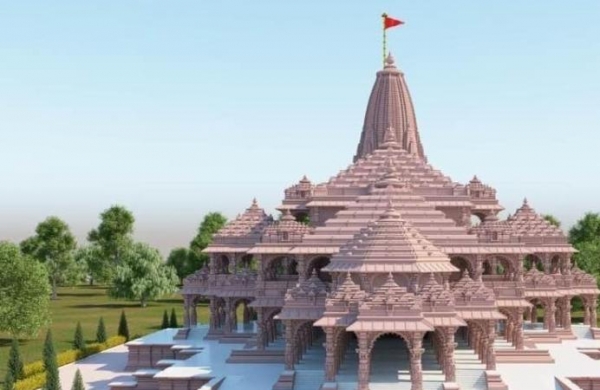 By PTI
AYODHYA: Amid allegations that the Ram Temple trust paid an inflated price for a plot of land here, its general secretary Champat Rai on Monday asserted that the organisation is committed to full transparency even as some local property dealers said it actually got itself a good deal.

Some local dealers claimed that the market price for the 12,000-square metre plot bought in March by the Shri Ram Janmabhoomi Kshetra Trust in Ayodhya is actually three times what it paid.

Other opposition parties too lashed out at the trust over the land scam, demanding a probe by the Central Bureau of Investigation and the Enforcement Directorate.

Congress general secretary Priyanka Gandhi Vadra said the deal betrayed the faith of the devout who had donated money for the construction of the temple in Ayodhya.

Sources said the trust sent Sunday night its explanation to the Union government, saying it did not pay more than the going rate.

Champat Rai said Monday that the trust is buying land to relocate those whose property it has purchased to expand the Ram temple complex.

“We are applying full transparency in the purchase of land,” he said, adding that the money is transferred online into the bank accounts of the sellers.

According to some property dealers, the land the trust bought for Rs 18.5 crore is worth Rs 5,000 per square foot.

Administration sources said the initial deal goes back to 2017, before land prices rocketed in Ayodhya following the Supreme Court verdict.

Suitan Ansari and Ravi Mohan Tiwari had then agreed to purchase 1,29,980 sq feet of land spread over plot numbers 243, 244 and 246 from Harish Pathak and his wife Kusum Pathak for Rs 2 crore.

On March 18, 2021, Ansari and Tiwari paid up and the land transferred to them.

The temple trust then bought it from them, through Champat Rai, at Rs 18.4 crore.

The trust said it will find land for the temple’s expansion no matter how much it has to shell out.

The March 18 acquisition is in Bagh Bijaisi, close to the main gate of a proposed new Ayodhya railway station.

In a historic verdict on November 9, 2019, the Supreme Court had cleared the way for the construction of a Ram temple on the disputed Ram Janmabhoomi-Babri Masjid site in Ayodhya.

The trust is in charge of the construction.