Opposition asks government to shed its ‘arrogance’ over farm laws 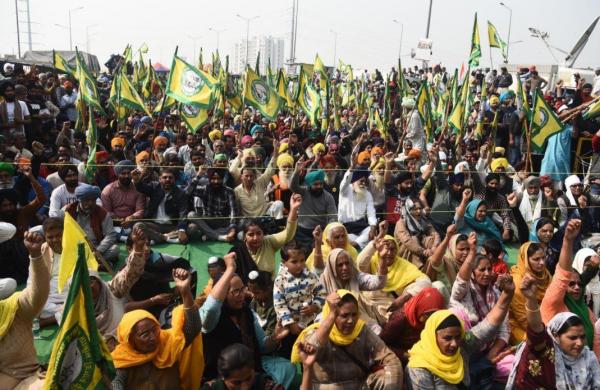 By PTI
NEW DELHI: Opposition members on Tuesday asked the government in Lok Sabha to shed its “arrogance” over the three farm laws even as BJP MPs hailed the Centre for its welfare and pro-farmer measures.

Speaking during the discussion on the motion of thanks to the President’s address, Preneet Kaur of the Congress dubbed the three Acts, which have triggered protests, as black laws and asked the government to repeal them.

She referred to “Khalistani” and “Maoists” barbs used by some people against a section of protesting farmers and said this was wrong while adding that a brother of a protester was a soldier who had laid down his life in the Galwan Valley clash with Chinese soldiers in Ladakh.

“This government is a real threat to our democracy not farmers,” she said, asking the government to shed its arrogance.

BJP’s Dilip Saikia praised the government’s welfare schemes for the poor and farmers.

He focussed on the government’s emphasis on boosting infrastructure in Assam and the Northeast in general, adding that the state has got an AIIMS.

Several medical colleges have also been launched in Assam by the state dispensation, he said.

During the China war in 1962, the then prime minister Jawaharlal Nehru had left the entire Northeastern region to its fate, Saikia alleged, and said it is the Modi government which has worked to boost connectivity, infrastructure and other development works there.

He praised the annulment of Article 370 in Jammu and Kashmir and also the Citizenship (Amendment) Act.

In an apparent reference to the upcoming state assembly polls, he said it was a battle between “Bengali and outsiders” and said the state cannot be ruled from Gujarat.

He also took a jibe at Prime Minister Narendra Modi at his ‘aandolan-jivi’ jibe and said the BJP’s ideological forebears never went to jail during the freedom struggle.

BJP’s Rita Bahuguna Joshi hailed the prime minister for his “foresight” in curbing the COVID-19 pandemic.

While opposition members have been targeting him, Modi has been steadfast in his resolve to serve the poor and farmers.