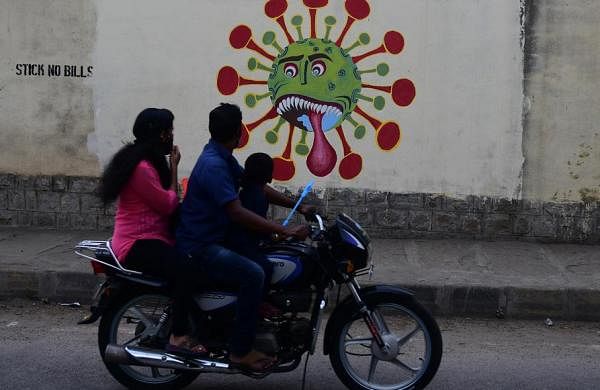 NEW DELHI: The Opposition on Thursday hit out at the government over COVID-19 management, accusing it of mishandling the second wave and demanded that international flights be stopped in view of the emerging scenario due to the new strain of coronavirus.

Participating in a discussion on the Covid pandemic in Lok Sabha, the Opposition demanded that the government should inform the House about the roadmap for vaccination and booster dose and should also clarify as how many actual deaths have taken place due to COVID-19, even as the government hailed Prime Minister Narendra Modi’s steps to combat the pandemic.

Initiating the debate, Shiv Sena leader Vinayak Raut lamented that Parliament was discussing the issue 21 months after the outbreak of the disease and at a time when cases were on the decline.

Referring to the Omicron variant of the virus, he demanded close co-ordination among state governments and the Centre.

On COVID-19 vaccination, Raut accused the Centre of allocating vaccine doses to BJP-ruled states in excess and at the cost of non-BJP ruled states.

“The prime minister’s responsibility is for the entire 130 crore population. It should not be so that you look at Maharashtra with a sly glance, help Gujarat in good measure and make maximum allocations to Uttar Pradesh because it is going to polls. Allocations should be made on the basis of the population,” the Sena leader said.

He also described as “premature” the celebrations in India over crossing the 100 crore milestone in COVID-19 vaccinations.

“Till date, only 38 per cent of the population has received both the doses of vaccines. Should we be satisfied with this? We cannot launch premature celebrations for 100 crore doses,” Raut said.

BJP’s Jagdambika Pal said both Opposition and the Treasury benches sharing views on Covid was a step that reflected “strengthening of democracy”.

He hailed the prime minister’s resolve to build an ‘Atmanirbhar Bharat’ following the Covid outbreak. Pal dismissed Opposition criticism that BJP-ruled states were favoured in battling Covid and said there was no discrimination in fighting the pandemic.

Hitting out at the Samajwadi Party and the Bahujan Samajwadi Party, Pal said when the leaders of these parties were “locked” in their homes, Uttar Pradesh Chief Minister Yogi Adityanath was going to every district saving lives and had himself contracted Covid.

Gaurav Gogoi of the Congress charged the government of ignoring various warnings leading to shortage of bed, oxygen and ventilators in the second wave. The second wave has resulted in the hardship for poor as many of them have lost jobs, he said.

Instead of supporting them, he said, the government robbed them by increasing prices of LPG cylinder, petrol and diesel.

They should have rather increased corporate tax if the government was falling short of funds, Gogoi said, adding, the government has money to spend on Central Vista project but no money to support the poor.

According to the National Disaster Management Act, he said, the government should have given compensation of Rs 4 lakh crore to the family members of those who succumbed to COVID-19 but they are facing difficulty in paying even Rs 50,000.

Participating in the debate, BJP’s Ratan Lal Kataria said that as a new variant of the Covid virus has emerged, there is a need to be more cautious and follow all protocol properly. “It is not the time to sit comfortably, we have to be vigilant,” he said.

They should encourage people engaged in the fight against the pandemic, he said. TMC MP Kakoli Ghosh Dastidar suggested that the government should consider bringing back the Indian Medical Service so that trained manpower can be provided for timely delivery of medical services.

She urged the government to go through the WHO warnings and make people aware of the specifics of the new variant.

She demanded a slew of answers from the government on the overall status of preparedness for a possible new wave.

Hasan also congratulated the government on running a “successful” vaccination programme and stressed the importance of administering the second dose of Covid vaccine.

Amol Ramsing Kolhe of the Nationalist Congress Party said international flights should be stopped in view of the Omicron variant.

Stressing that the pandemic is being fought in the country as a “war against Covid”, Kolhe said there are ceratin norms of fighting a war with one of them is that the general does not leave the battle field and therefore, hopefully the PM will stay put in the battlefield to take on the virus and not move to election rallies.

Underlining that it is important for a leader to led by example, he also alleged that the prime minister participated in election rally in West Bengal when Covid was spreading at a fast rate and all protocols were violated in his presence.

Kolhe said questions need to be answered over issues such as booster dose of Covid vaccine, whether the gap between Covishield doses could be reduced and status of vaccination for children.

Congress’s K Suresh slammed the government over its handling of the Covid pandemic and termed the first lockdown imposed in 2020 as random and ill-timed.