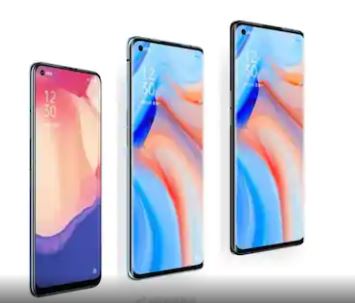 Another tipster who goes by the name TheLeaks on Twitter has allegedly revealed the specifications of the 4G variant of the Oppo Reno 5. According to the tweet, the Oppo Reno 5 4G will sport a 6.43-inch full-HD+ AMOLED display with a 90Hz refresh rate. Under the hood, the smartphone is said to feature a Qualcomm Snapdragon 720G SoC. The tipster also hints that the Oppo Reno 5 4G may come with a quad rear camera setup including a 64-megapixel primary camera, an 8-megapixel ultra-wide shooter, and two 2-megapixel sensors. Further, the smartphone is speculated to come with a 4,310mAh battery with support for 50W fast charging.