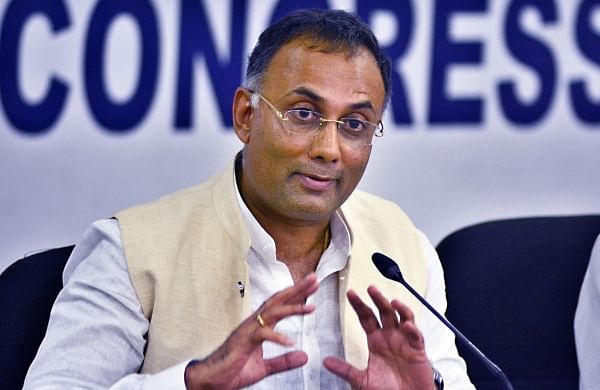 PANAJI: With the date for the Goa Assembly poll results nearing, the Congress has said it is open to a post-poll alliance with parties other than the BJP to form the next government, if it does not get a majority on its own.

Elections to the 40-member Goa Assembly were held on February 14 and the results would be declared on March 10.

Talking to reporters on Sunday, All India Congress Committee’s Goa desk in-charge Dinesh Gundu Rao said if his party falls short of the majority mark of 21, it is open to seeking the support of outfits like the Aam Aadmi Party (AAP), the Maharashtrawadi Gomantak Party (MGP) and the Trinamool Congress (TMC) to form government.

The Congress had contested the election in alliance with the Goa Forward Party.

Besides, the Mamata Banerjee-led TMC had tied-up with the MGP, Goa’s oldest regional outfit, before the polls.

Rao said after the final result is out, the Congress Legislature Party will waste no time in electing its leader.

If the Congress gets majority, “we will stake claim to form government the same day”, he said.

The Congress had won 17 seats in the 2017 state Assembly elections, while the BJP bagged 13.

But, the saffron party formed government by quickly forging an alliance with some other parties and independents.

Over the last five years, a number of Congress MLAs quit the party and its strength in the House was reduced to two.