Onus on you to resume talks: Farm body in lettter to PM Modi 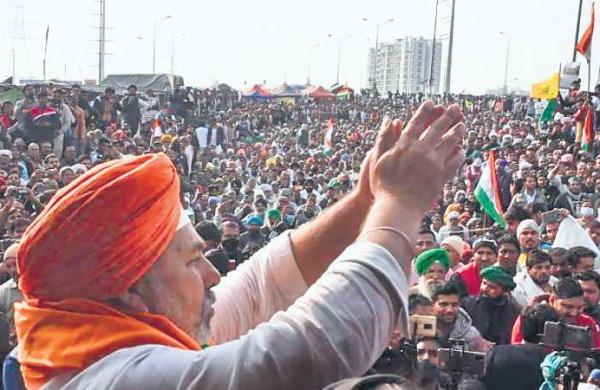 Express News Service
CHANDIGARH:  The Samyukta Kisan Morcha (SKM), an umbrella body of over 40 protesting farmer unions, on Friday wrote to PM Narendra Modi, urging resumption of talks over the three farm laws they have been agitating against at Delhi borders since last year.

Morcha leaders Balbir Singh Rajewal and Darshan Pal said the letter touched upon several aspects of the farmers’ movement, and the “ignorant attitude” of the government. The morcha, in a statement, said while the protesting farmers do not wish to expose anyone to the health hazards of the Covid-19 pandemic, it “cannot also give up on the struggle, as it is a matter of life and death, and also of future generations”.

“Any democratic government would have repealed the three laws that have been rejected by the farmers in whose name these were enacted, and seized the opportunity to provide a legal guarantee of MSP to all farmers… as the Head of the government of the largest democracy in the world, the onus of resuming a serious and sincere dialogue with the farmers lies with you,” the letter reads.

Several rounds of talks between farmers and the government have failed to break the deadlock over the Central legislations. A government panel had met farmer leaders on January 22. There have been no talks between the two sides since January 26 when the farmers’ tractor rally in the national capital turned violent. “The SKM has always reiterated its resolve and faith in peaceful mass struggles and democratic solutions through dialogue.

During the first two months of the struggle, the government held 11 rounds of discussions with us in which we extended full cooperation in good faith, despite the repression and defamation unleashed by your government against the movement. Yet the government failed to address the bare minimum demands of the protesting farmers,’’ it reads.

The farmers’ body had recently announced to observe May 26 as ‘black day’ to mark six months of their protest at Delhi borders. Farmer leader Balbir Singh Rajewal had appealed to people to raise black flags at their houses, vehicles and shops on May 26 to protest against the contentious farm legislations.