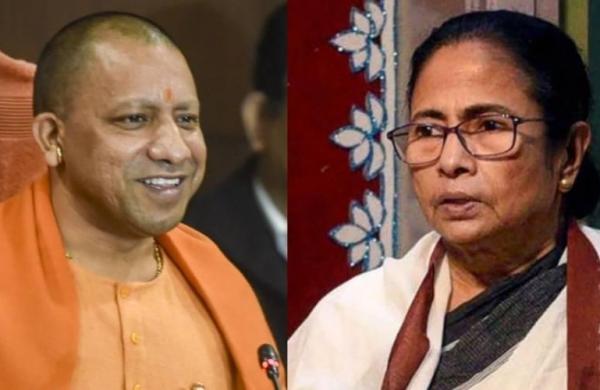 Addressing three back-to-back election rallies in Purulia, Bankura, and Medinipur, the UP CM took a dig at his West Bengal counterpart over her ‘Chandi Path’ during a public meeting in Nandigram recently.

Mamata is in the fray from Nandigram against her own party’s turncoat Suvendu Adhikari who had been fielded by the BJP.

Adityanath said that TMC’s defeat in the upcoming polls was certain and that the BJP would form the next government in the eastern state with a thumping majority.

He also took a jibe at Mamata and Congress leader Rahul Gandhi for their religious symbolism during the polls. “Now Mamata Banerjee and Rahul Gandhi are also going to the temple. This is our achievement,” the CM said.

Raising the issue of alleged corruption prevailing in administration in West Bengal, UP CM said at the Bankura rally that during the TMC regime ‘cut money’ and ‘tolabazzi’ culture had flourished in West Bengal whereas the BJP had inculcated the culture of ‘Sabka Saath Sabka Vikas’ in the country since 2014.

Counting the benefits of the central welfare schemes extended to the people in Uttar Pradesh, CM Yogi said that when such a huge population of the state could get those benefits why the people of West Bengal were kept deprived of them.

He claimed that the goons of TMC did not let the money meant for the poor reach them in West Bengal.

Claiming that he belongs to the land of Lord Krishna and Lord Ram, Yogi said West Bengal which had always been a nerve centre for the change, was set to show the door to TMC goons who would be adequately dealt with after the formation of the BJP government in the state after May 2. He reminded the gathering of how over 130 BJP workers were killed by the TMC goons in West Bengal.

“Bengal has given us national anthem, national song. It is time for the prevailing lawlessness to end in this state. Anarchy will end in West Bengal as soon as the BJP will form the government here,” said Yogi Adtiyanath.

He also referred to the allegedly poor implementation of central schemes owing to which he claimed that people of Bengal remained deprived of the benefit of a lot of welfare schemes like housing, free gas connections, free power connections Kisan Samman Nidhi, to name a few.