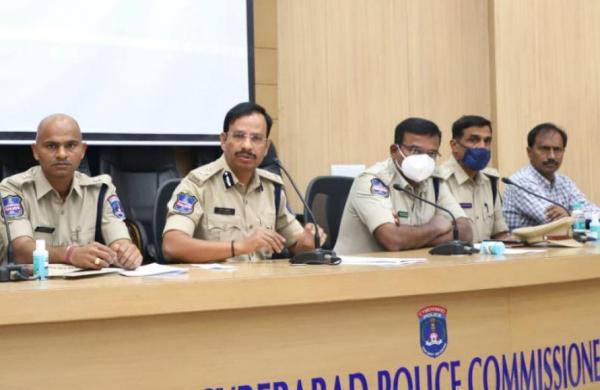 By Express News Service
HYDERABAD: The Economic Offences Wing of Cyberabad police busted a multi-crore investment fraud pulled off by Chinese nationals that cheated over 20,000 people across the country to the tune of Rs 50 crore.

Three persons, who worked for the firms operated by the Chinese nationals, have been arrested and deposits valued at Rs 3 crore in 10 bank accounts related to these firms and other incriminating material have been found.

The accused promised returns of up to 11% per day and said the investment would quadruple in value within 90 days. They made the victim invest in Shared Bike and Sharing Economy schemes through a website – www.ciciseo.com – and the Shared BK App.

“We will seek help from premier agencies like the RBI Financial Intelligence Unit, Intelligence Bureau, and other enforcement wings to dig deep into this case on the money remittances and trail,” Sajjanar said.

Police said that in 2016 Uday Pratap worked for a China-based Top1Mobi Technology Company Ltd, which had no presence in India. Its Business Lead for India Javie met him through a common friend and then appointed him as a Consultant for Telecom Value Added and Advertising Services in India. Both worked together for four years. Later the duo, along with Nitesh Kumar Kothari and Rajesh Sharma, acquired Mobicentric Technologies Pvt. Ltd and Uday Pratap was made an authorized signatory for Mobicentric Technologies Pvt. Ltd., Adstuck Consulting Pvt Ltd, and Inavit Services LLP.

Later, these companies were acquired by Hong Kong-based companies, Flash wave, Unistar, and Eternal Galaxy, and Javie was made the director of these companies. In 2020, Javie introduced Peter, the owner of Panda Oversea (Asia) Ltd., which is said to have acquired Flash Wave. Since then, Uday Pratap has been working for Peter and Javie. In January 2020, Javie left India and did not return due to international travel restrictions. Peter never visited India.

Police said the accused launched a shared bike app and started cheating people contacting each other through Skype and Whatsapp. On verification with the Registrar of Companies (RoC), police found the companies were fake and the addresses of companies too did not exist. All the companies have been registered with RoCs at Delhi, Kanpur, Pune, and Bengaluru.

People shared their personal and bank details through links from www.ciciseo.com and became members. The payment was made through the Razorpay payment gateway. The depositors would pay by clicking the link received on their registered phone number. This would reflect as virtual balance in their mobile app. The returns will be reflected in the withdrawal and pending payments options and credited to the depositors’ bank accounts. However, the app was shut down from January 2020.

Initially, people suspected the schemes, but when they started receiving returns, they became more attracted and invested huge sums. They also shared the details with several other people, which resulted in a spike in the number of depositors and volume of business in the Sharing Economy.

Investigation revealed that the money paid by the depositors have been credited to the bank accounts of fraudulent Indian companies registered with ‘Razorpay’ payment gateway through various Chinese websites like realmoneyrummy.com, mangakingdom.html, 51cybertel.com, rummytime.cc, rummywish.com and mirummy.com etc.

Police also advised the public to refrain from investing in such fraudulent schemes. There is no shortcut to earn money and do not be fooled. If any or company approaches with similar offers and attractive schemes, the people are requested to inform their nearest Police station or DIAL 100, police said.