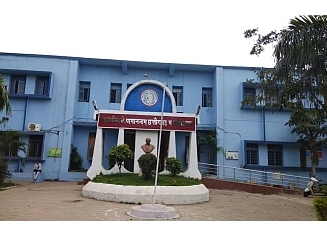 Online classes will start from October 15 in six law colleges affiliated to Atal Bihari Vajpayee University. While giving the information, Principal of DP Vipra Law College and Founder of Faculty of Law, Dr. Annu Bhai Soni said that the regular classes of the new session will start from November 1 but online classes will be started 15 days earlier. So that the students will be able to complete their studies on time. Semester examination is due in December. At the same time there is a discussion about opening other colleges. Opinions have been sought from the principals of colleges in this matter. After the first phase of counseling at Guru Ghasidas Central University, the process of admission for the second phase will now begin. In this, admission will be given in vacant seats. The first year has 1940 seats in which more than 11 hundred seats have been filled. The list is likely to be released in the departments by 4:00 pm.Colleges have given different opinions regarding starting educational activities in colleges in Janjgir Champa district from 15 October. If any college has suggested online educational activity, then many colleges have agreed to start educational activity from November. The Department of Higher Education has sought suggestions from colleges for starting educational activities from October 15 under the Unlock-5 related guide line released by the Government of India. The guide line talks about starting educational activities from October 15. In view of this, feedback is being taken from students and teachers and principals before starting regular classes in universities and colleges.