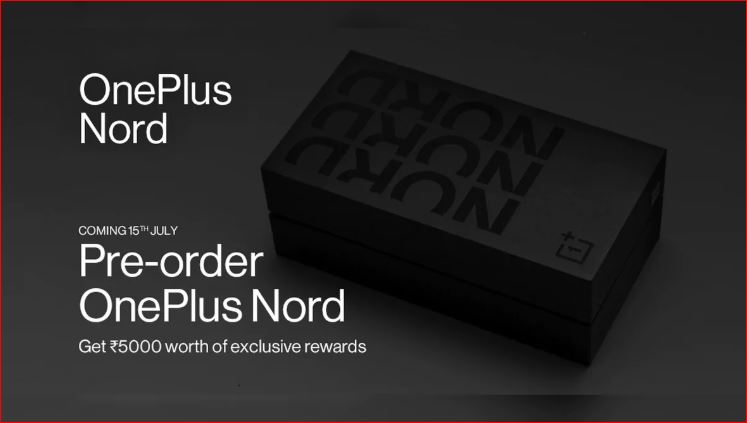 OnePlus Nord will be up for pre-order today, July 15, in India starting at 1:30pm via Amazon. Even though not a lot of details about the OnePlus Nord have been confirmed till now, there is a lot of hype for the phone as it will be a budget friendly offering from the company that steadily increased its smartphone prices over the years. The company has teased many specifications and the general design of the OnePlus Nord, but key details can be expected in the coming days as the launch for the phone is slated for July 21.

OnePlus Nord pre-orders in India
OnePlus has stated that pre-orders will open only once on Amazon.in for limited stock. Customers can claim gifts worth up to Rs. 5,000 as part of the pre-order process. Additionally, pre-ordering the OnePlus Nord also entitles you to two surprise gift boxes, one of which will be sent to the customers after pre-ordering and the other will be sent after completing the purchase device by 31 August. To pre-order the OnePlus Nord, head to Amazon.in and the pre-order page should be live by 1:30pm. Shoppers will need to make a payment of Rs. 499 which will make them eligible for the surprise gift boxes.

For now, users can visit the dedicated Amazon page and click on ‘Notify Me’ to get updates about OnePlus Nord pre-orders.

OnePlus Nord specifications (expected)
Till now, OnePlus has confirmed that the OnePlus Nord will come with an AMOLED screen and be powered by the octa-core Qualcomm Snapdragon 765G SoC. It has also confirmed the presence of dual selfie cameras, including a wide-angle-shooter with a 105-degree field of view.

The phone is expected to come with 8GB and 12GB RAM options along with 128GB and 256GB of onboard storage options. The OnePlus Nord is also rumoured to have a 4,115mAh battery.