OnePlus is Giving Away First 10 Units of its Nord Smartphone: All Details Here 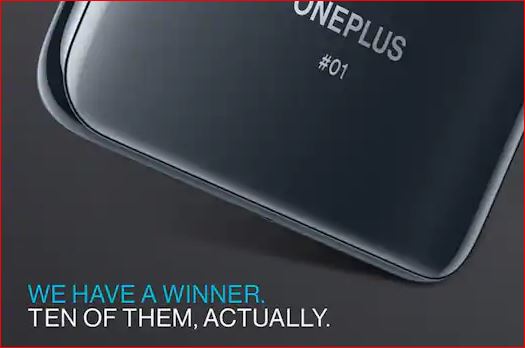 OnePlus is making all the efforts to hype up the launch of its upcoming mid-range smartphone. In a new announcement, the company is now giving a chance to its fans to win one of the first ten units of the OnePlus Nord. The company recently made the announcement of the giveaway on its official Twitter account. It also said that these units are going to be unique as each of them will have a number engraved (From #01 to #10) onto the back to highlight the fact that these are one of the first ten production units.

The giveaway seems to be open for anyone above the age of 18. To enter, all that you need to do is like and retweet the post, and fill out an online form. Winners of the giveaway will be announced on July 21, the same day as the official unveiling of the OnePlus Nord. The post has already been retweeted over 18,000 times with nearly 22,000 likes.

ONEPLUS NORD EXPECTED SPECIFICATIONS
There have been multiple leaks and speculations around the OnePlus Nord. It was first expected to launch as the OnePlus 8 Lite, then it was rumoured to be called the OnePlus Z. The company took the speculations to a new level by creating buzz around the hashtag #OnePlusLiteZThing and even opening an Instagram page by the same name.

The OnePlus Nord is expected to come with a Snapdragon 765G processor and base memory of 6GB. There will be 5G connectivity available on the phone as well. A certain benchmark listing suggests that we could see up to 12GB of RAM. The display could be a 6.55-inch AMOLED panel with 90Hz refresh rate, although this is just a rumour. In the camera department, OnePlus recently teased the fact that it will be ‘flagship quality’ but that is what the company says for all of its smartphones. According to rumours, it could feature a 48-megapixel primary sensor, along with an 8-megapixel wide-angle camera, a 5-megapixel macro camera, and a 2-megapixel camera for depth capture. Notably, the primary camera sensor could be the Sony IMX586 which is being used on the OnePlus 8. The main sensor will feature optical image stabilisation, as confirmed by the company itself. The handset is also expected to come with a 4,300mAh battery and 30W Warp Charging.