One Nation One Ration Card:2.36 card holders will have to wait because 15560 people do not have Aadhaar link

One Nation One Ration Card 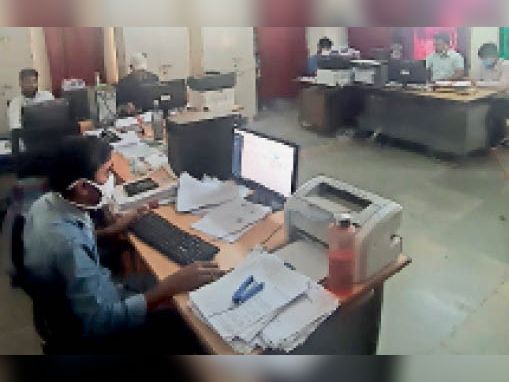 The central government is launching the One Nation One Ration Card scheme. The objective of this scheme is to provide ration to the ration card beneficiary in any government ration shop in the country. It is necessary to have an Aadhaar link. When the state government sought information related to the Aadhaar link from the food department of the district, it came to know that about 27 thousand people have not got the Aadhaar link in their ration card. In such a situation, the work of Aadhaar link of ration card members started from July 15. This work was to be finished by August 1 but the Aadhaar link of 15 thousand 560 people has not been linked in the district. In such a situation, a total of 2 lakh 36 thousand 565 ration card members of the district will have to wait. District Food Officer Arun Meshram said that the work of Aadhaar Link was done from the proper price shop to the food inspector and the staff posted in the office. Around 14 thousand people did not have the base link. However, the last date for completion of the work was 31 July. base Link time extended. Now Aadhaar link will work till December.

Not interested, only 4 thousand Aadhaar linked
Aadhaar seeding work has gone slow since the beginning. By the way, one country one card was to start from August 1. The status of the Aadhaar link is not right now. There is no 100 percent Aadhaar link with Kabirdham district in another district. In such a situation, the benefit of One Nation-One card scheme will not be available. In this, the ration card holders whose names will not be linked to Aadhaar will not get ration. According to the department, the Aadhaar link was not being available in the initial days due to server down. Simultaneously, the work of base siding is going on in the entire state. Hence the problem of server down started. Fair price shoppers also did not take interest. Due to this the work was delayed. The shop operators have linked Aadhaar from July 15 to August 8, around 4 thousand. Now Aadhaar will be linked by December.

Difficulties encountered during
Aadhaar linking There have been many problems with the server during Aadhaar linking. This does not primarily include fingerprint scans of the elderly. Also, the Aadhaar number of 1 to 5 year olds has to be only 4 digits. Due to this the work of Aadhaar link has stopped. Aadhaar number is 12 digits. The base score of one to 5 year olds was only four digits. The rest of the digits are written in place of x-x. Children with such basis are not linked in ration cards. Fingerprints of the elderly are not being scanned. The operator tried to scan several times, but Aadhaar is not linked due to no fingerprint.

At present, the
ration cards will continue to be received as before, till the Central Government’s One Nation One Ration Card scheme starts, the ration card beneficiaries will continue to get ration as before. Along with this, ration card holders of one and two members of priority category under public distribution system will get free rice in August. Also, the monthly eligibility for three and four member priority category ration card holders will be charged only Rs 5-5 for 35 kg of rice. It was told that 15 rupees of 35 kg rice will be charged on five-member ration cards.

Information related to Aadhaar entry in the district so far

Aadhaar linked in ration card by