One dies, 4 hurt in IED blast in Manipur as migrant workers from Bengal targeted 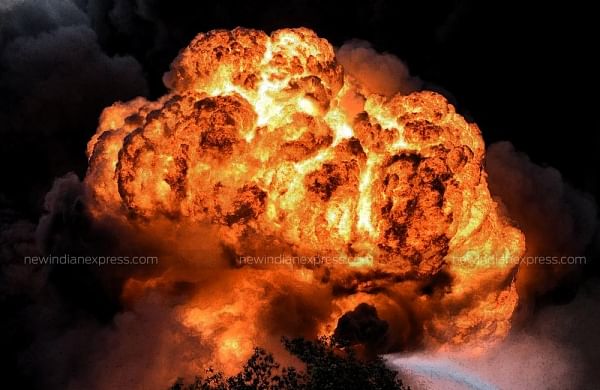 GUWAHATI: A construction worker was killed and four others – all of them from West Bengal – were injured in an IED blast at a community hall in Manipur’s Thoubal district in the wee hours of Monday.

The victims were rushed to the Jawaharlal Nehru Institute of Medical Sciences hospital in Imphal. Later, one of them, Pankaj Mahato (21), succumbed to his injuries.

The four others were stated to be out of danger. They were identified as Aroop Mandal (30), Souvik Patra (18), Aporva Mandal (25) and Rajesh Ramaanik (19).

The police suspected the IED was detonated with a remote control device. The victims were asleep when the attack was carried out. They were hired by a private firm to construct a water tank.

Chief Minister N Biren Singh condemned the blast. He said targeting the innocent, who were working for Manipur’s development and their livelihood was an act of cowardice.

The motive behind the attack was still not known. The police said they were probing the incident.