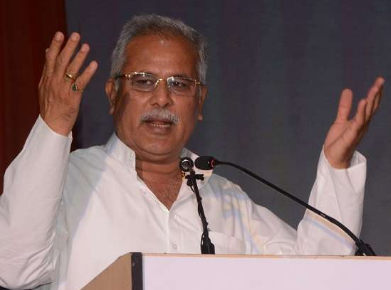 Important meeting is being held at the moment on the issue of OBC reservation in the state. Chief Minister Bhupesh Baghel is taking a meeting of all the ministers through video conference. Explain that the High Court has banned the OBC reservation on the basis of census. The government’s stand is being discussed on the same.

Significantly, on 15 August, Chief Minister Bhupesh Baghel had announced to increase the reservation for other backward classes from 14 percent to 27 percent. With this increase, the scope of reservation in the state had increased to 82 percent. Kunal Shukla, president of Kabir Shodh Sansthan, had filed a petition against the extension of reservation for other backward classes by the state government. After hearing this petition, the bench of Chief Justice PR Ramachandra Menon stayed the increased reservation.

In response to the High Court’s ban, CM Bhupesh Baghel had said in his response that “the High Court has issued an order that there was already 58 percent reservation in Chhattisgarh.” Now they have accepted 69 percent reservation, which means that they have accepted what was given to 13 percent scheduled caste. The court has also accepted 10 percent of the people who were for the general category. We will have to fight for the 13 percent which is for OBC, our decision is not wrong, we will present all the evidence before the Honorable Court. ”