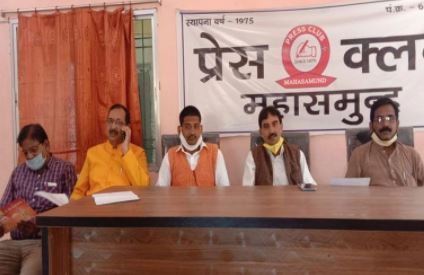 On January 17, Bhupesh Baghel Sahu will reach the program on the grounds of Mahasamund’s high school. For the first time a divisional level program is being organized by Sahu Samaj of the district, in which there will be a young woman introduction conference. Chief Minister Sahu will release Noni Babu Introductory Pushp magazine of the society. In the Press Club, District President of Sahu Samaj, Dhamardas Sahu, General Ministers Nohardas Sahu, Tulsaram Sahu, Jhalkaram Sahu of Chhattisgarh Sahu Sangh, Rikiram Sahu, Anand Sahu have informed the press that the program organized on 17 January has been divided into two parts. In the first part, the program will be started at 9 am with the aarti of Devi Mata Karma, the presiding deity of the Sahu dynasty. With the arrival of guests, there will be a young woman introduction program.