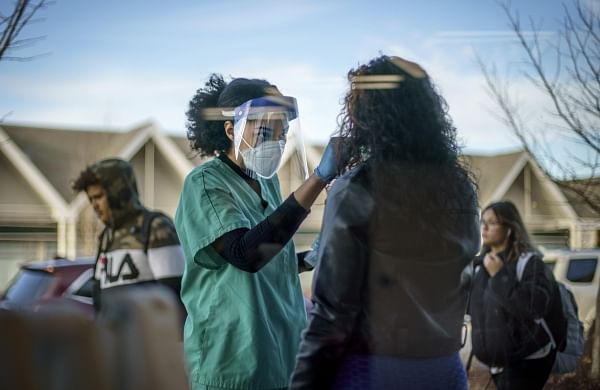 NEW DELHI: Omicron sub-variants BA.4 and BA.5, which are causing new global surges in infections, including in India, are better at eluding vaccines and most antibody treatments than previous variants, said a study published in Nature.

The researchers, led by David D. Ho, director of the Aaron Diamond AIDS Research Center and the Clyde‘56 and Helen Wu Professor of Medicine at Columbia University Vagelos College of Physicians and Surgeons, studied the ability of antibodies from individuals who received at least three doses of an mRNA vaccine, or got two shots and were then infected with Omicron, to neutralise the new sub-variants.

“The virus is continuing to evolve, as expected, and it is not surprising that these new, more transmissible sub-variants are becoming more dominant around the world,” the study said.

“Understanding how currently available vaccines and antibody treatments stand up to the new sub-variants is critical to developing strategies to prevent severe disease, hospitalisations, and deaths – if not infection,” said Ho.

Subvariants BA.2.12.1, BA.4, and BA.5 are rapidly expanding worldwide, with BA.4 and BA.5 now making up more than 50 percent of new Covid-19 cases in the US. These sub-variants are thought to be even more transmissible than earlier Omicron sub-variants, owing to several new mutations in spike proteins.

India has also detected Omicron sub-variants BA.4 and BA.5, which are attributed to the rise in Covid-19 cases.  The two sub-variants were first seen in South Africa in early 2022. So far, BA.5 has been reported in 47 countries and BA.4 in 42 countries.

“Our study suggests that as these highly transmissible sub-variants continue to expand around the globe, they will lead to more breakthrough infections in people who are vaccinated and boosted with currently available mRNA vaccines,” Ho said in the study, which was published on Tuesday.

Although the study suggests that the new variants may cause more infections in vaccinated individuals, the vaccines continue to provide reasonable protection against severe disease, said the scientists.

Similar results were also obtained by researchers from Göttingen, Germany and their findings were published in June 2022 in Lancet.

Both groups of researchers also tested several of the antibodies available for treatment.