Ocular evidence best evidence unless there are reasons to doubt it: SC 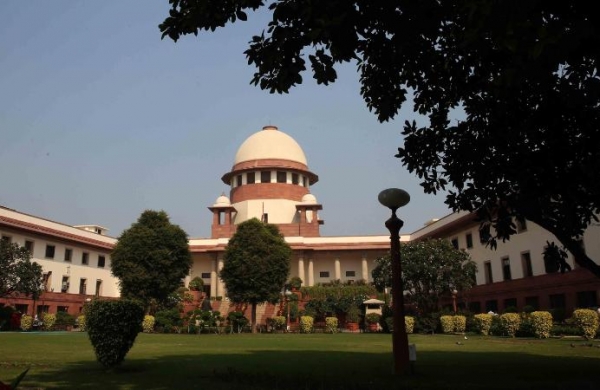 By PTI
NEW DELHI: Ocular evidence is considered the best evidence unless there are reasons to doubt it, the Supreme Court said on Monday while restoring the life imprisonment awarded to four persons convicted for murder.

A bench of Justices Navin Sinha and R Subhash Reddy said it is only in a case where there is a gross contradiction between medical evidence and oral evidence, the ocular evidence may be disbelieved.

The bench said The observations came while delivering a judgment on an appeal against a Gujarat High Court order of acquittal, reversing the conviction of four persons under Sections 302 (murder), 34 (common intention), 120B (criminal conspiracy) of the Indian Penal Code (IPC) sentencing them to life imprisonment and fifteen days imprisonment under Section 135(1) of the Bombay Police Act.

The deceased was assaulted in October 2003 while he was returning on a motorcycle along with a preseuction witness who was the pillion rider.

The acquittal was based on the reasoning that the evidence of the eye­witnesses of second prosecution witness and tenth prosecution witness, is inconsistent with the medical evidence, regarding the nature of injuries vis­à­vis the weapons of offense.

The apex court said there was no time for the witness to consider and ponder for naming the accused except to state the truth.

The criminal jurisprudence developed in this country recognises that the eye sight capacity of those who live in rural areas is far better than compared to the town folks, the apex court said.

“Identification at night between known persons is acknowledged to be possible by voice, silhouette, shadow, and gait also. Therefore, we do not find much substance in the submission of the respondents that identification was not possible in the night to give them the benefit of doubt.