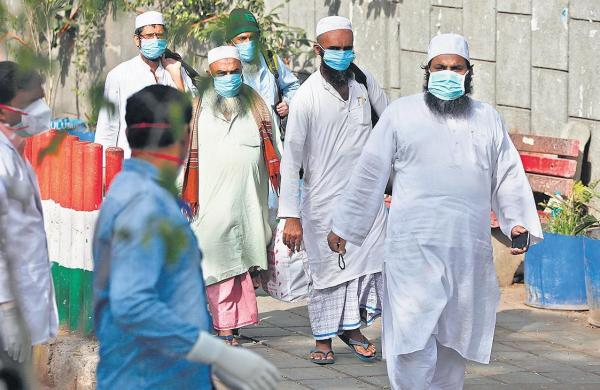 By PTI
NEW DELHI: All Overseas Citizen of India (OCI) cardholders will henceforth be required to take a special permission from the central government if they want to be involved in any missionary or ‘Tabligh’ or journalistic activities in the country.

However, the Union Home Ministry has given a major concession to OCI cardholders by allowing them parity with Indian nationals in the matter of tariffs in air fares in domestic sectors, entry fees for visiting national parks, national monuments and museums in India.

The ministry, in a notification, said the OCI cardholders will be entitled to get multiple entry lifelong visa for visiting India for any purpose but “required to obtain a special permission or a special permit from the Foreigners Regional Registration Officer or the Indian Mission to undertake research and to undertake any missionary or Tabligh or mountaineering or journalistic activities”.

The OCI cardholders will also have to take a special permit to undertake internship in any foreign diplomatic missions or foreign government organisations in India or to take up employment in any foreign diplomatic missions in India or to visit any place which falls within the protected or restricted or prohibited areas as notified by the central government or competent authority.

In March 2020, when the nationwide lockdown was in force following the coronavirus outbreak, over 2,500 Tablighi Jamaat members found to be residing at the organisation’s headquarters in Delhi despite guidelines and orders issued against large congregations of people.

As many as 233 foreign Tablighi workers were arrested for violations of visa rules and many of them were blacklisted, putting a ban on their future visit to India.

Tablighi Jamaat workers, both foreigners as well Indians, indulge in preaching tours across the country also known as ‘Chilla’ in which a volunteer of the organisation travels for 120 days to various parts of the country and stay in local mosques where they inform the neighbourhood people about their activities besides holding special prayers.

The OCI cardholders will now enjoy parity with Indian nationals in the matter of tariffs in air fares in domestic sectors in India, entry fees to be charged for visiting national parks, wildlife sanctuaries, the national monuments, historical sites and museums in India.

An OCI cardholder is a foreign national holding a passport of a foreign country and is not a citizen of India.

The OCI cardholders will get parity in purchase or sale of immovable properties other than agricultural land or farm house or plantation property and pursuing professions like doctors, dentists, nurses and pharmacists in India as per the provisions contained in the applicable relevant statutes or laws.