NSUI performed on the demand to reduce the examination fee, submitted a memorandum to the Vice Chancellor in the name of the Governor 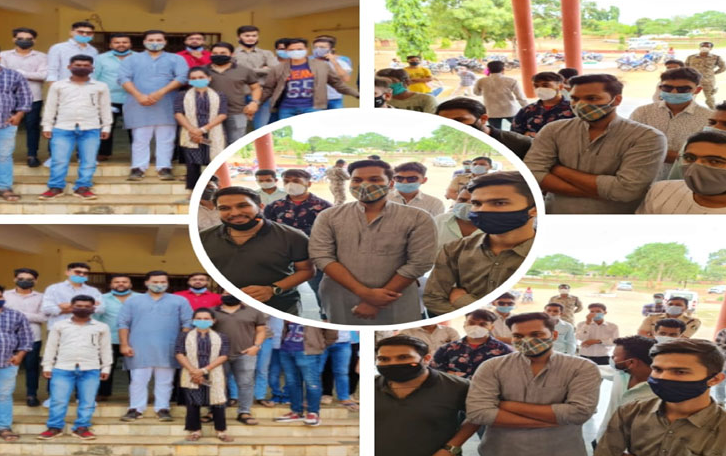 Bastar district NSUI demonstrated on examination fee in Shaheed Mahendra Karma University on Thursday. Submitted a memorandum to the Vice Chancellor of the University, Dr. SK Singh, to the Governor. In this, a demand was made to reduce the examination fee being charged from the regular and private students. State Secretary Aditya Singh Bisen said that a large number of SC/ST students appear in examinations in various colleges of Bastar University. Since the Corona period, the students of this area are facing financial problems. Bastar University has not provided any helpline number or other facilities for the convenience of the students after the Corona period. Aditya Singh Bisen said that if the university has not taken a decision in the interest of the students within 3 days, then NSUI will march to the Raj Bhavan under the leadership of state president Akash Sharma.