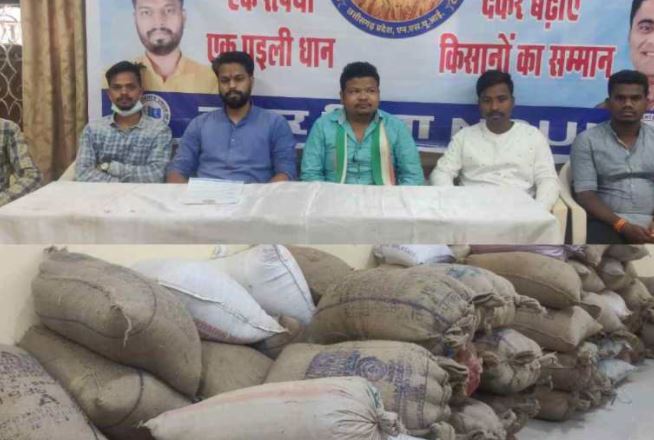 Ashutosh Tiwari, Jagdalpur. The entire country is helping in the ongoing farmer movement in the country. Now NSUI activists in Bastar, including Bastar, had launched a pilgrimage paddy and a donation of one rupee. In which 52 quintals of paddy and about 11 thousand rupees have been deposited, which was sent to Raipur today.

NSUI activists from across the state, including Bastar, decided to help the agitated farmers by taking a paddy and a cash in cash from farmers across Chhattisgarh to help the farmers sitting on the Delhi border. Today, on the last day of this campaign, NSUI activists told that a total of 130 bags of paddy from Bastar district, whose total weight is about 52 quintals, have been collected from the farmers.

Paddy is being sent to Raipur today, where paddy from all the districts will reach all over the state and the money that will come from that paddy will be sent to the farmers as per the need of agitated farmers with that money. Also told that under this campaign, about 11 thousand rupees cash has also been received from Bastar district. Which will be sent to farmers in the form of sal sweaters.