NSA row: Manipur gets two weeks to respond to plea on compensating activist 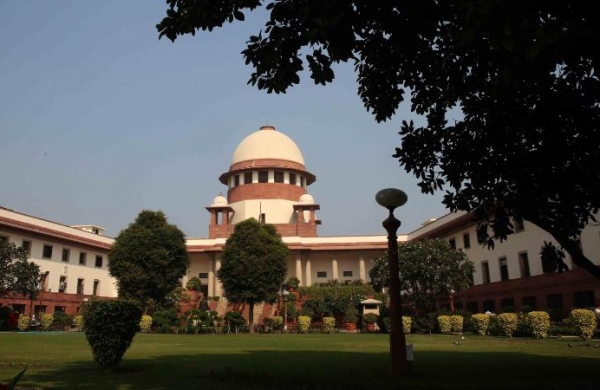 By Express News Service
NEW DELHI:  The Supreme Court on Tuesday told the Manipur government to respond to a compensation plea filed by activist Leichongbam Erendra’s father. Leichongbam, who was detained for two months under the National Security Act (NSA) for Facebook posts questioning the efficacy of cow dung and urine as a cure for COVID-19, was released on Monday.

A Bench of Justices DY Chandrachud and MR Shah told Solicitor General Tushar Mehta that it was a serious issue, as someone had lost his liberty since May and the petitioners have prayed for grant of compensation to Erendro for his detention.

The bench said it was issuing a notice to the state government. It posted the matter for further hearing after two weeks.

Mehta said the state government had not defended the plea for Erendra’s release and therefore the matter should be allowed to rest here.

He added that the case was brought to light three months ago.

As soon as the state government had noticed the fact, the charges were revoked, he added.

Advocate Shadan Farasat, appearing for Erendro’s father, said his prayer was for compensation, as five cases were cited against the activist and no chargesheet was filed in any.

“We issue notice on the compensation aspect and you (Mehta) can file a reply on this aspect,” the court said.

Mehta said the state will have to satisfy the order on merit and this could have been avoided by a pragmatic approach. However, Farasat said responsibility had to be fixed for the ‘illegal detention’ since May 17.

Erendro was released on Monday evening following the Supreme Court direction to Imphal jail authorities, saying that he cannot be in jail even for a day.

The top court had said, “Having prima facie considered the contents of the petition, we are of the view that the continued detention of the petitioner before this court would amount to a violation of the right to life and personal liberty.”