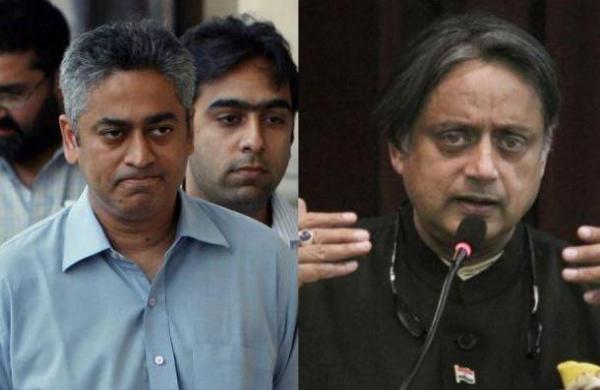 Express News Service
BHOPAL: As many as four criminal cases have been registered against Congress MP Shashi Tharoor, journalist Rajdeep Sardesai and others in three districts of BJP-ruled Madhya Pradesh for allegedly spreading misinformation on social media about the January 26 farmers’ tractor rally.

The cases have been registered under IPC Sections, including 124-A (sedition),153-A (promoting enmity between groups), 153-B (imputation or assertion prejudicial to national integration), 295-A (deliberate and malicious act intended to outrage religious feelings), Section 504 (intentional insult), Section 506 (criminal intimidation), 505(2) (statements conducing public mischief), 298 (uttering words, etc with deliberate intent to wound religious feelings), 120-B (criminal conspiracy to commit offence punishable by death) and 34 (acts done by several persons with a common intent).

While confirming the lodging of the four FIRs, the in-charges of the four police stations said investigations are now underway in all the cases.

Complainants farmer Balmukund Singh Dongre (who filed FIR at the Multai police station in Betul district) said, “I belong to a family whose prime occupation has been farming for many generations. We all were backing the farmers’ stir until the violent incidents happened in Delhi on Republic Day.”

“The Republic Day violence is condemnable. No farmer can attack the police. Farmer is Anndaataa and not Atankwadi who will disrespect the national flag. All those involved in the violence shouldn’t be spared at any cost,” Dongre said.

“Instead of behaving responsibly, prominent citizens, including Member of Parliament Shashi Tharoor and senior journalists such as Rajdeep Sardesai and Mrinal Pandey spread misinformation about a farmer being died after being hit by bullets fired by police during the tractor rally, which was ultimately responsible for adding fuel to the massive violence across the national capital thereafter. All those named in the FIR should be sternly dealt with under the law of the land, which is why I have lodged a case against them,” the young farmer said.

Earlier, on Thursday a similar FIR was registered against the same persons by the Uttar Pradesh police.