Novel coronavirus may have been made in laboratory to wage “biological warfare”: Brazil’s President Jair Bolsonaro 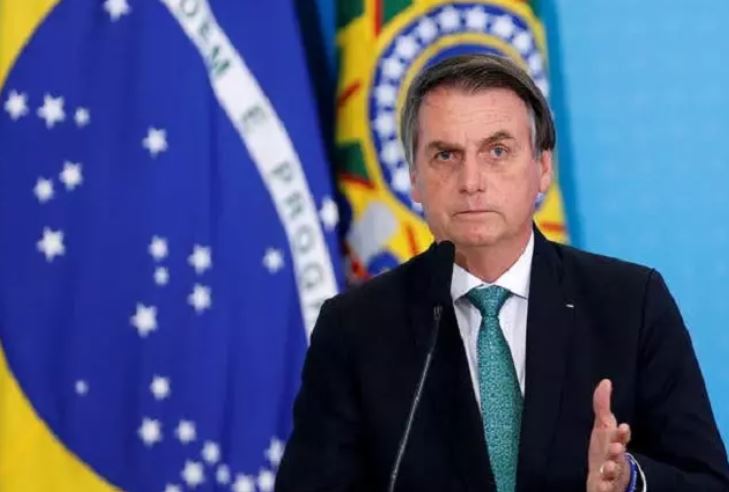 Brazil’s President Jair Bolsonaro recently promoted a conspiracy theory regarding the origin of the novel coronavirus, SARS-CoV-2 that causes COVID-19. He suggested that China could have developed the pathogen in a laboratory as a part of “biological warfare” for economic gain.

According to The Brazilian Report, during an event on Wednesday, Bolsonaro conveyed his doubts over the origin of COVID-19 virus. He even questioned “are we not facing a new war?” These remarks of the Brazilian President has supported the preliminary conspiracy theories that came into the light during the early days of the COVID-19 pandemic. These theories prompted the World Health Organization (WHO) to send a team of experts to China and investigate the roots of the pathogen that has rocked the world for over a year now.

President Bolsonaro said, “It’s a new virus. Nobody knows whether it was born in a laboratory or because a human ate some animal they shouldn’t have,” said the far-right leader. But the military knows all about chemical, biological and radiological warfare. Could we be fighting a new war? I wonder. Which country’s GDP has grown the most?”

When most of the world witnessed a steep decline in their economy due to the unprecedented and prolonged shutdowns of businesses, China declared a GDP increase of reportedly 2.3% in 2020. The growth meant a rise roughly $14.7 trillion, as per Wind Information data. At the current speed, China’s economy has the potential to surpass the economy of United States in 2026. Such a situation will make China, world’s top economy two years before than it was anticipated.

Even though Bolsonaro did not mention China, but the reports of Asian country’s GDP growth amid the COVID-19 pandemic are not difficult to understand. Earlier also, Brazilian President and his inner circle have made remarks about China which have aggravated the ties between Brazil and its biggest trading partner.

Bolsonaro remarks about ‘germ warfare’ come months after he replaced the foreign minister Ernesto Araujo who had denounced “Maoist China” in March. The move was broadly perceived as Brazil’s attempt to mend relations with China.