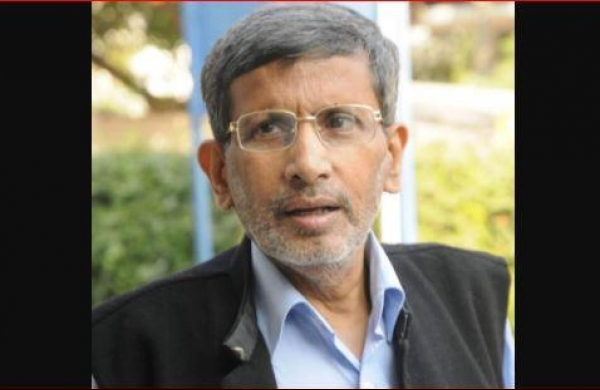 He was the man who had prepared the draft in favour of Special status to Bihar and has always been preparing the report of Bihar economic survey before every general budget of state.

Gupta was a social scientist and economist who has been running the ADRI for carrying out groundworks in the field of social research since 1991. He was also the director of the Centre for Economic Policy and Public Finance (CEPPF), set up by the government of Bihar.

Dr Gupta had formed an academic connection with the London School of Economy for development of Bihar’s economy through well-formulated economic surveys and policies.

He was also credited with starting the economic survey of Bihar and he had been one of the members of Dr Raghurajan Rajan (ex RBI governor) headed Committee for Evolving a Composite Development Index for the States. He was a versatile economist of state who had worked with the Institute of Development Studies in Sussex, the International Labour Organisation, World Bank and the London School of Economics. He was also the member of National Literary Mission of government of India and had held the post of director of the Andhra Bank till the tenure ended.

Before the general budget of Bihar, the Economic Survey report published by the finance department was being prepared by Dr Gupta and other experts of his ADRI. Dr Gupta had also prepared the draft of demand for special status to Bihar stating as to why the state deserves to get a special status.

Dr Gupta was the first who had been advocating for special focus in governance on employment and law and order through his speeches and writing. Earlier, he had written on the return of Nitish Kumar in governance in 2020 that the citizens had voted on his governance records of 15 years but the next term(present) for Nitish Kumar will be a challenge.

On the death of Dr Gupta, Bihar CM Nitish Kumar and former deputy CM and now MP (RS) Sushi Kumar Modi expressed their condolences saying his death was a great loss for Bihar as an expert of social affairs.

Nitish Kumar expressing condolence announced that the last rites of Dr Shibal Gupta with full state honour in Patna on Friday. He received an MA in Economics from Patna University in 1977 and the doctorate in Economics in 1981 from the same university. He has authored some books including ‘Stagnation and Growth’ and ‘Special Category Status: A case of Bihar” besides contributing to various national dailies and journals as an economist.